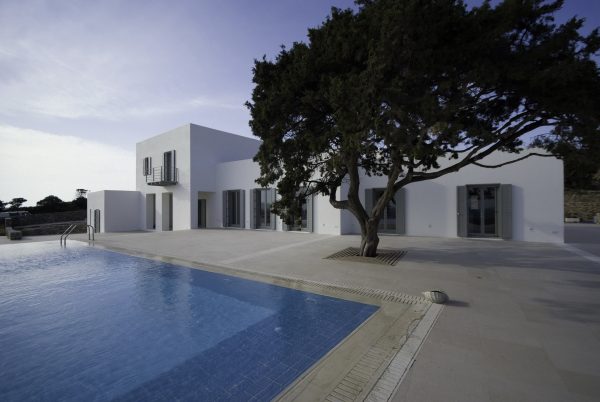 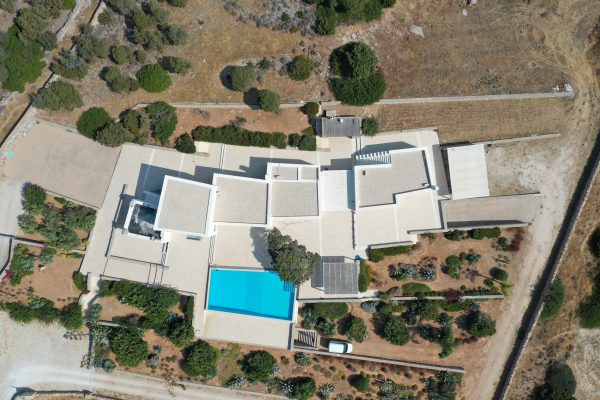 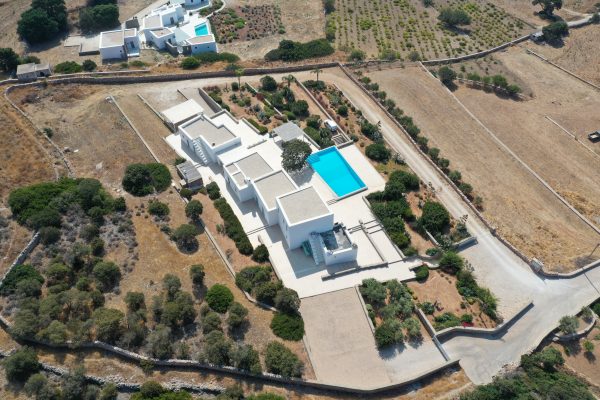 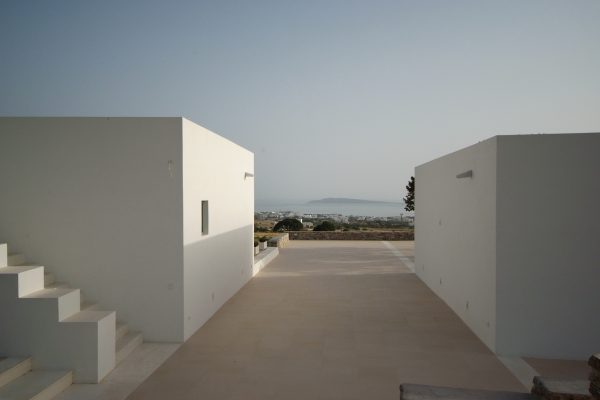 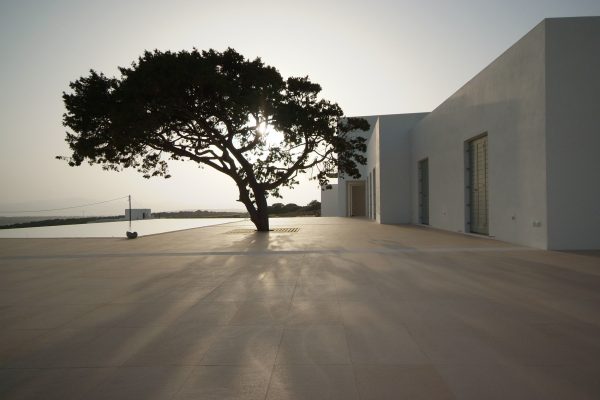 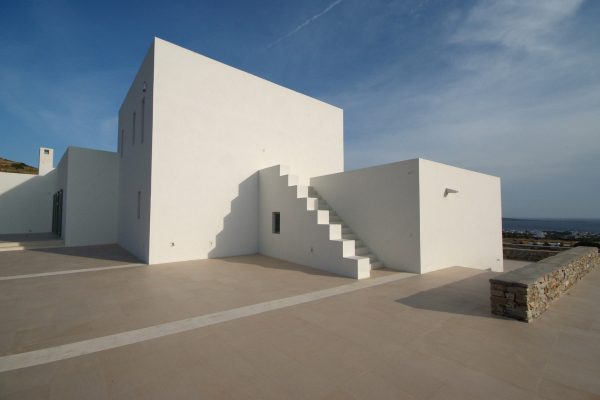 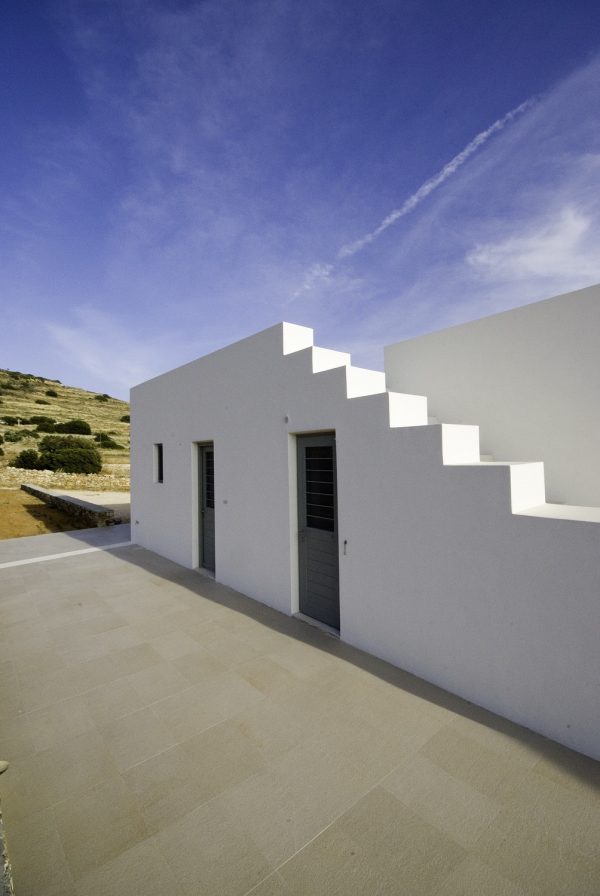 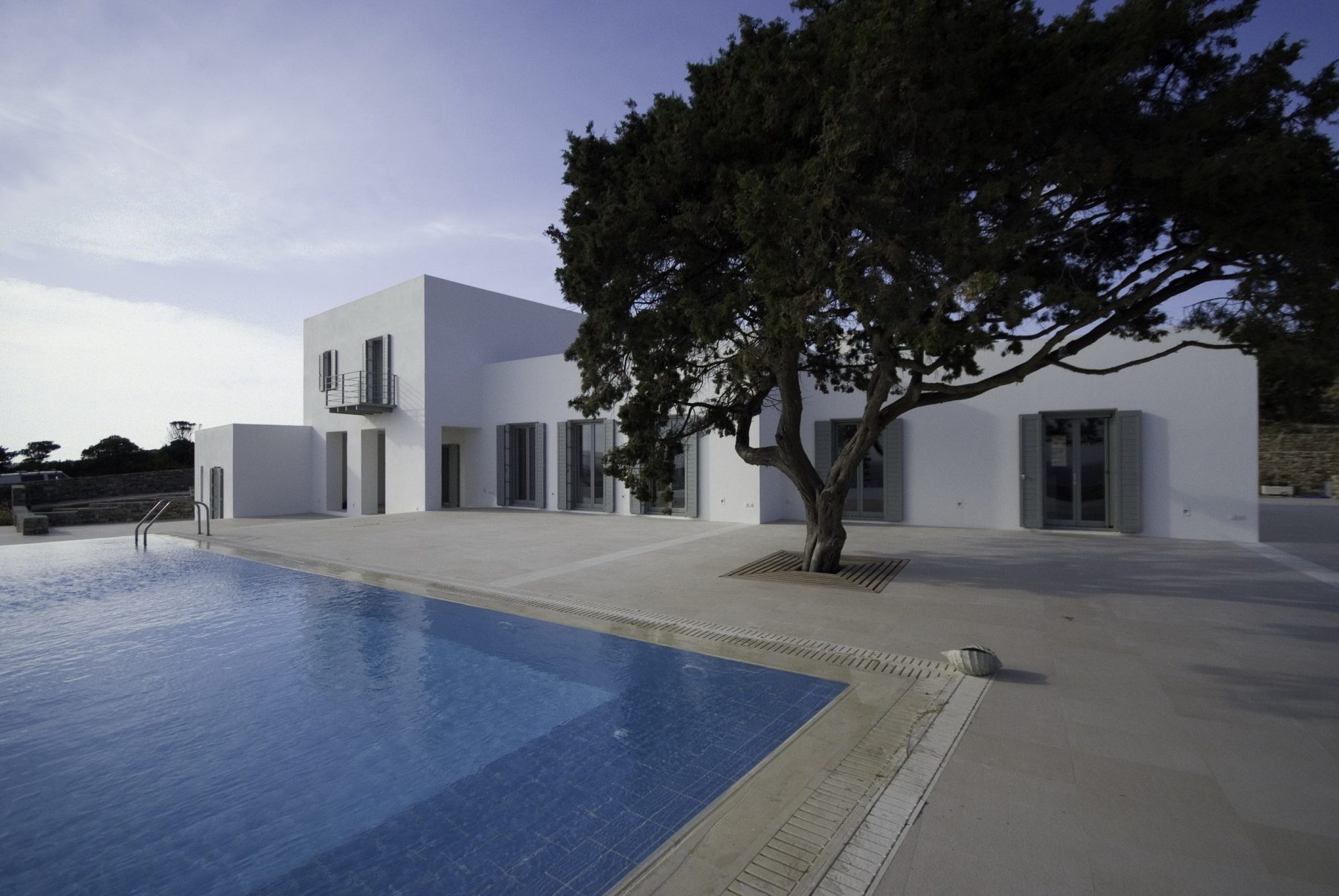 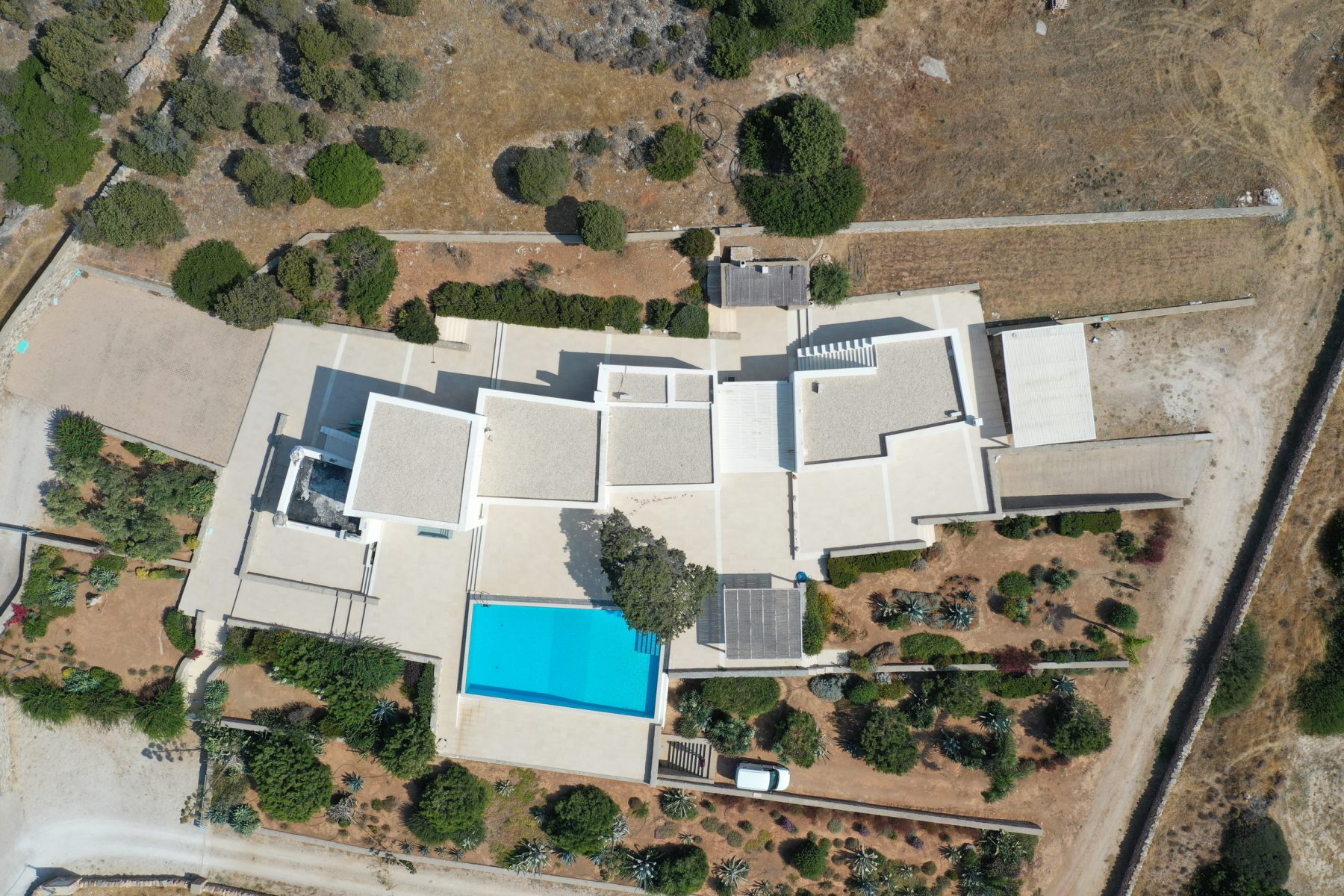 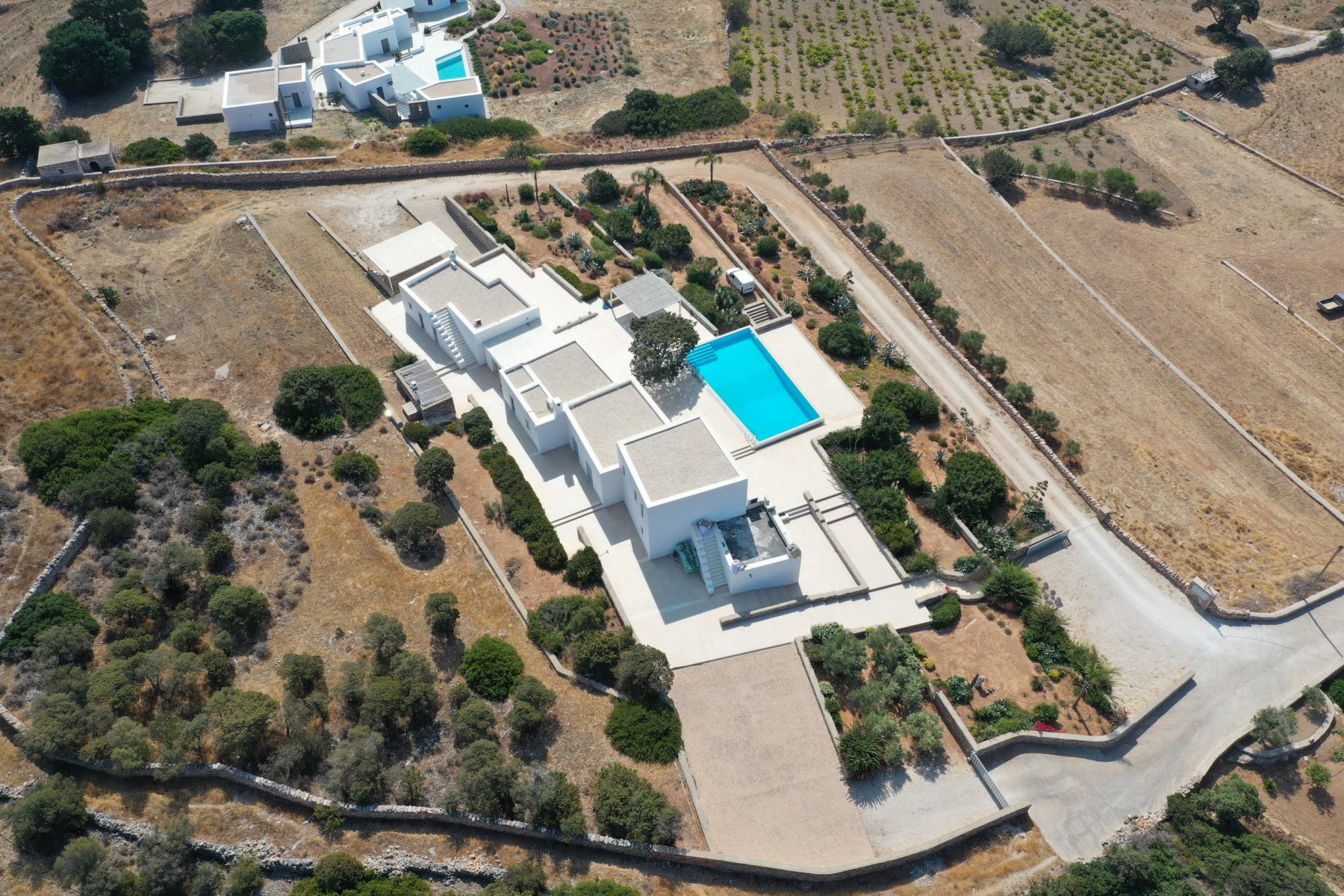 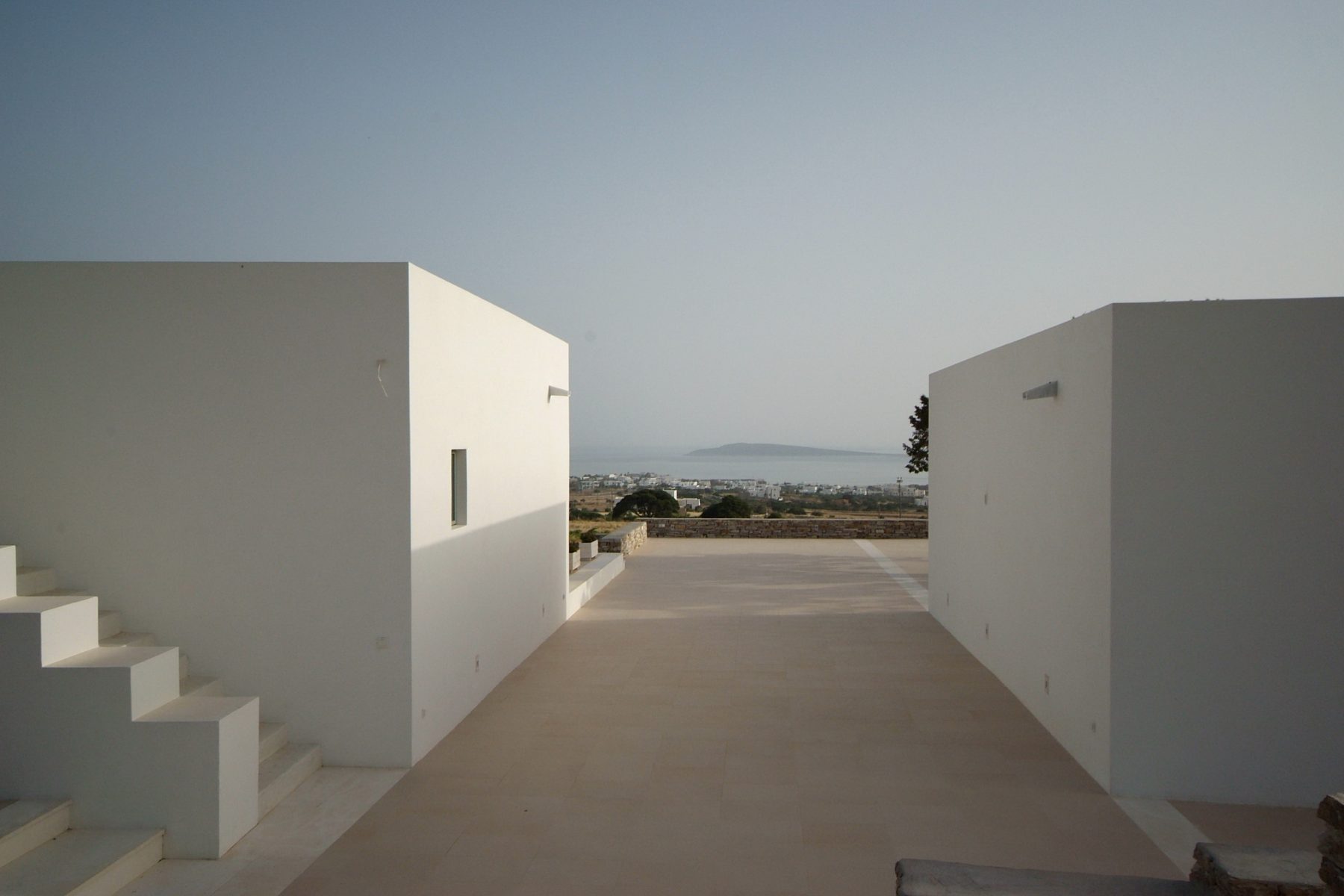 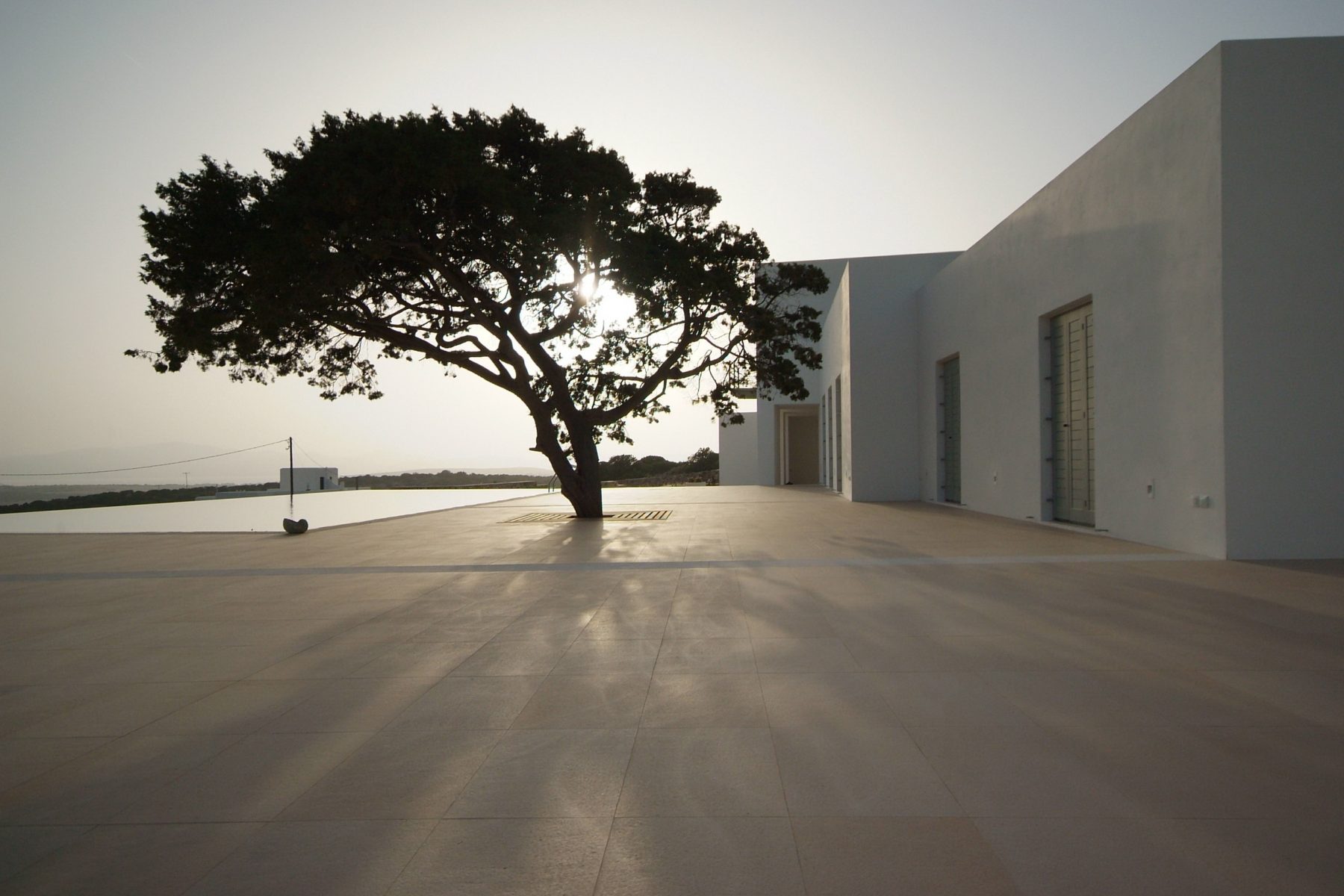 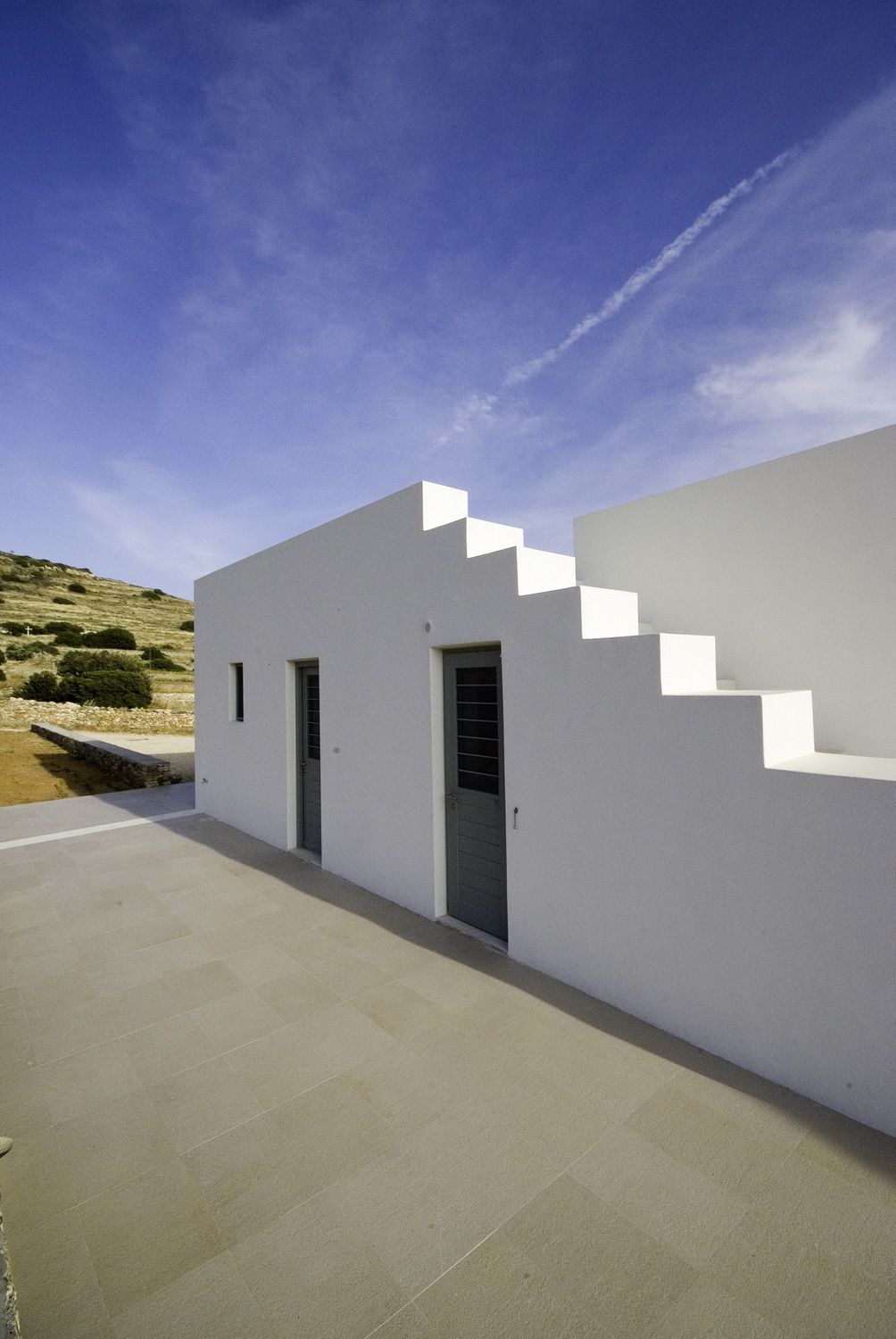 The plot is located in the southern part of the island.
The complex of the two buildings is developed in steps in plan and in section with the level of each house and the surrounding area to be adapted to the natural level of the ground.
The alignment of the walls that compose the two buildings is radial so that there is a slight rotation of one volume from the other, like snapshots through a camera lens. Between the two buildings is created a through courtyard that frames the view to Antiparos.
Important elements of the natural environment such as the forest at the back of the house and the large tree in the central courtyard emerged as dominant architectural tools.
Large openings have been avoided in order to maintain the tectonic sense of the volumes, while the small openings have the form of holes-frames in the view.
An attempt is made to refer to a Modern Cycladic Architecture that transforms morphological elements and knowledge from the past for the creation of a modern language.
The division of the house into smaller volumes, the stepped structure of the handrails, the chimney and the stone terraces, create the feeling of a cubist sculptural composition, which is transformed during the day by the natural light.