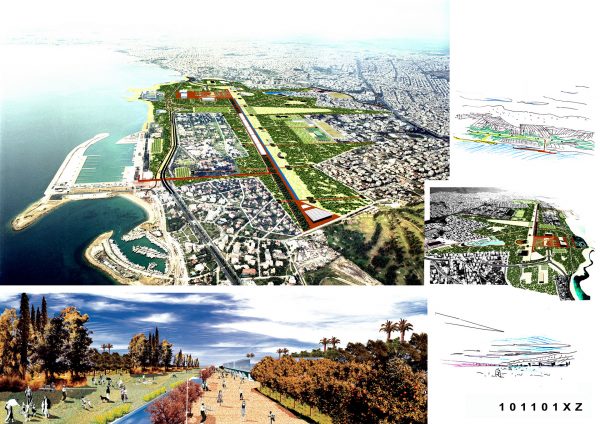 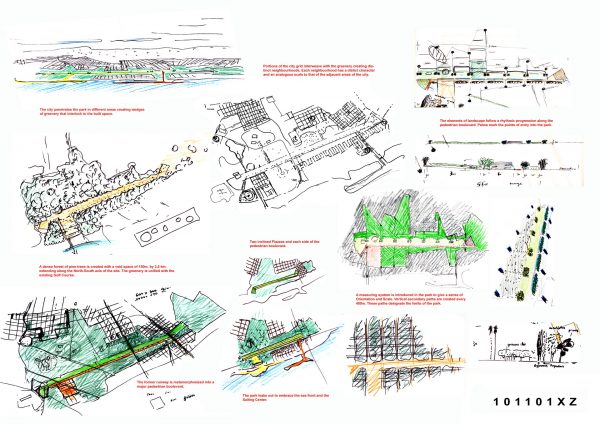 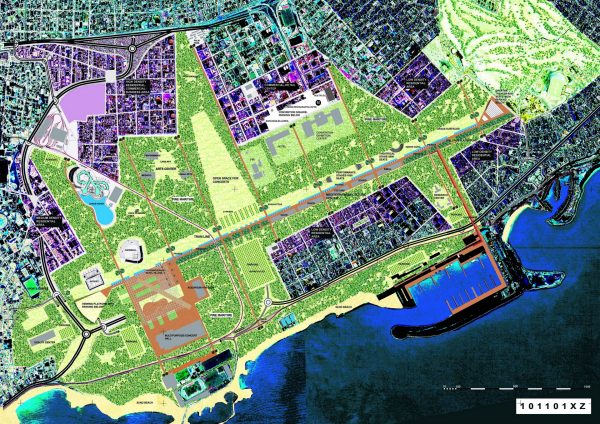 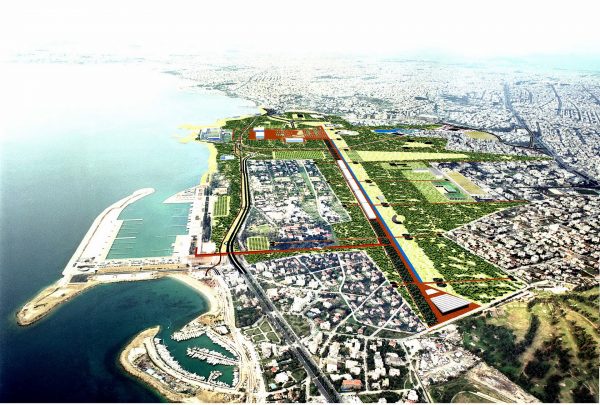 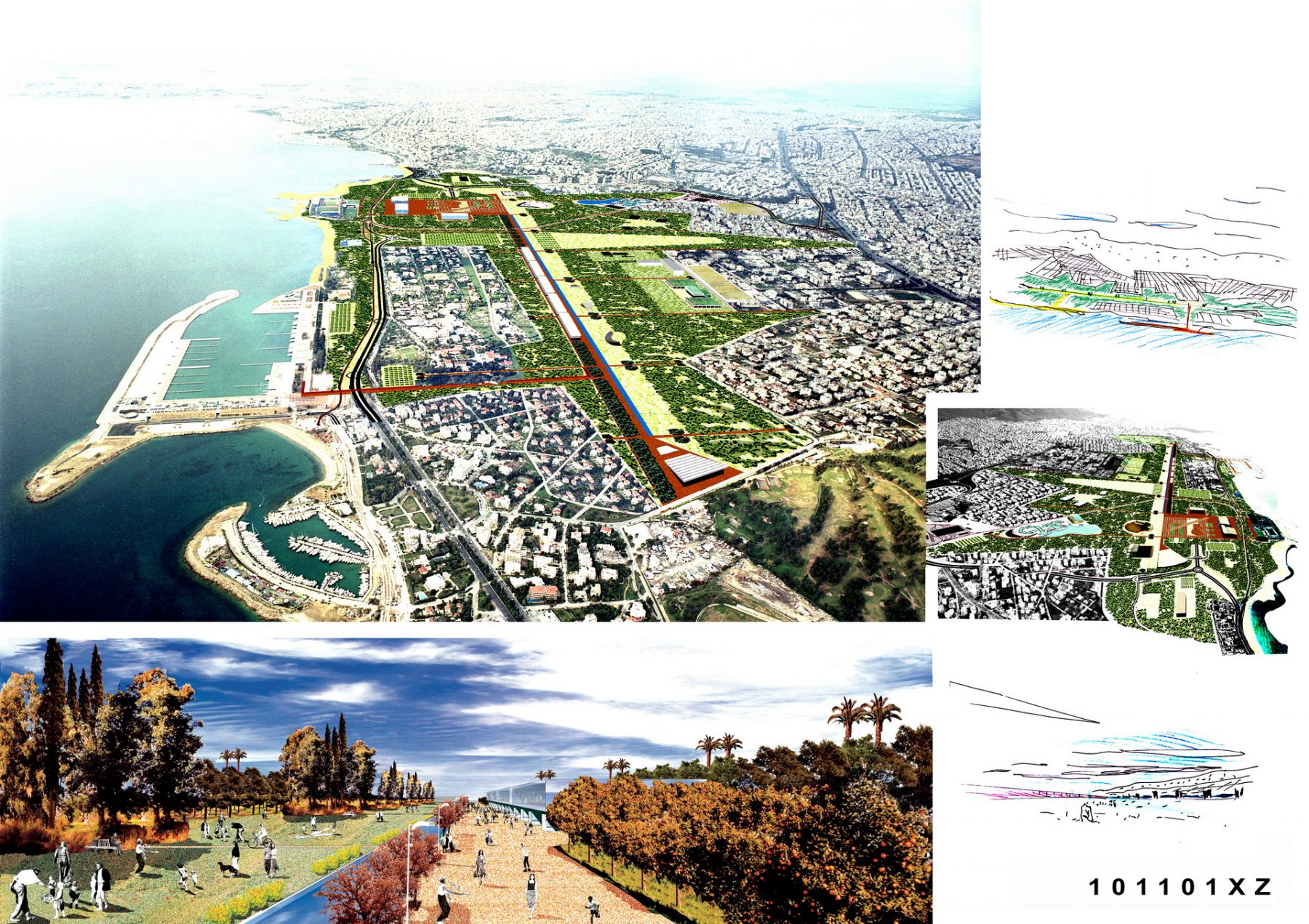 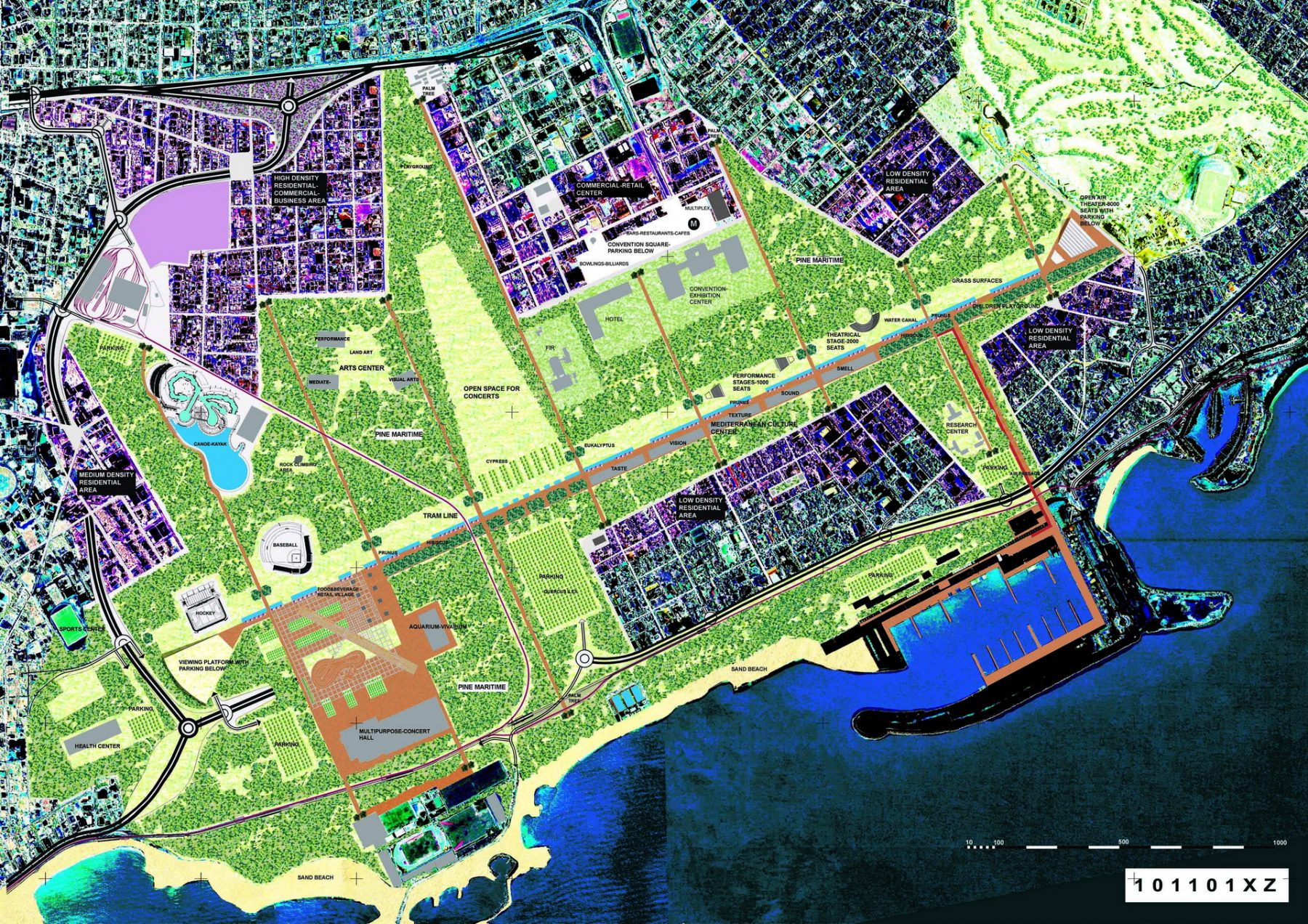 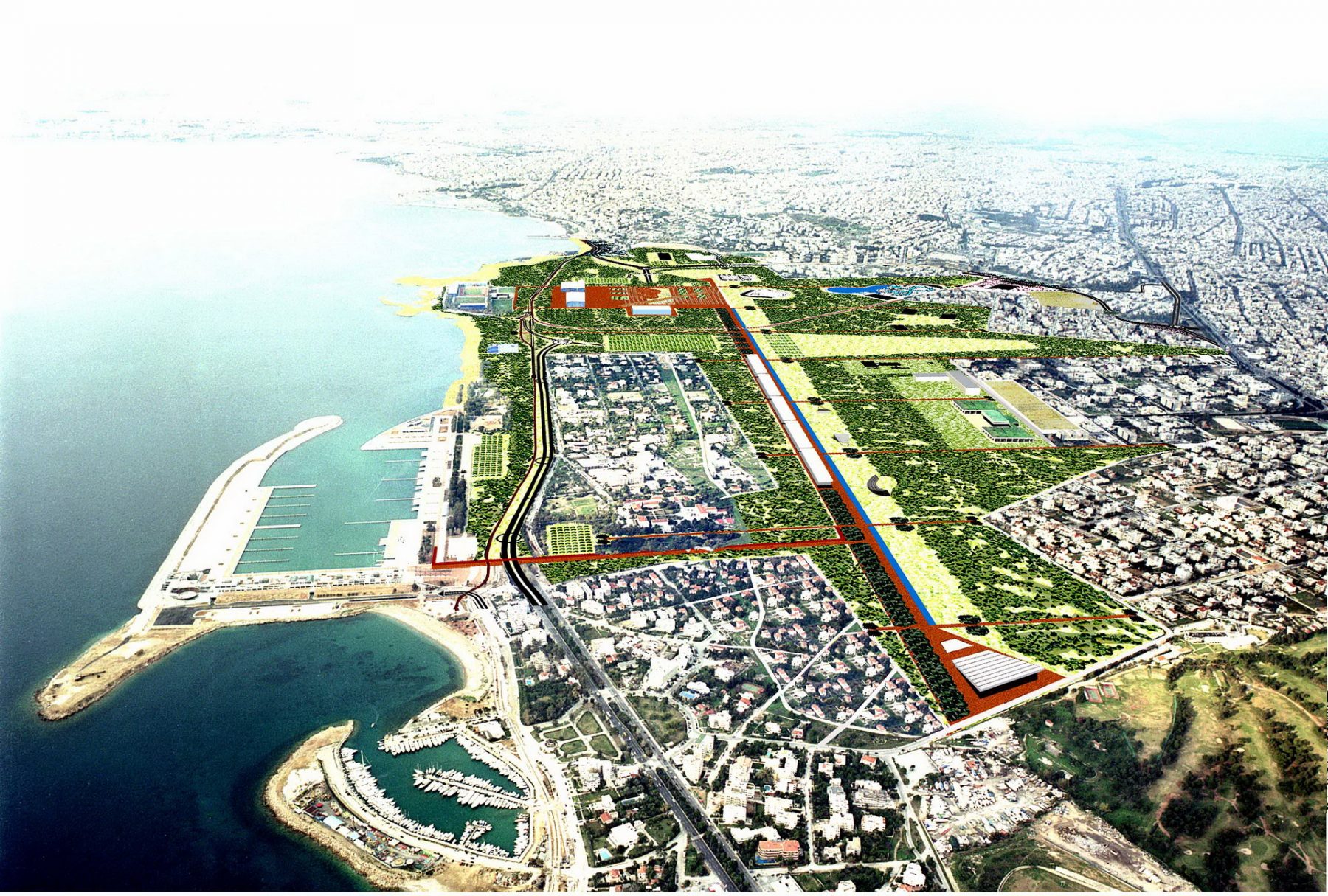 Ministry of the Environment

The site provides a unique opportunity for an urgently needed enrichment and diversification of the metropolitan conglomeration’s urban character, an opportunity that should not be missed.  Keeping this in mind as an initial statement, the metropolitan Park and adjoining urban developments proposed by this entry were conceived and designed with the following additional guiding principles:

I.1 The Park should respond concurrently in both the local as well as the regional scales.  This will be achieved by means of incorporating existing and proposed landscapes, landmarks and constructions of varying sizes and references.

I.2 The planted areas of the Park should include large elements of dense and tall green which will provide for small or large urban forest cores, as well as voids and openings of low brush to house multiple leisure and entertainment functions.

I.3The Park and the urban developments should be involved in a rhythmic, alternating and inter-penetrating relation which will unearth and reconfirm an existence of mutual co-dependence between natural and built environments.

The existing eastern runway of the former Athens airport is retained as an open space and provides the primary spine of the scheme through its metamorphosis into a large pedestrian boulevard linking the northern neighborhoods with the golf course and the southern edges of the park.

The void acts as a sign of regional significance.  It is a symbolic gesture which links disparate elements of the Athens basin both virtually, by providing a conceptual line of reference, as well as chronologically, by means of retaining the memory of the airport.

The primary landscape intervention of the proposal is the creation of a dense forest comprised of maritime pines.  This forest becomes concurrently the main body of the metropolitan park and the living lung of southern Athens.  The pine clusters unfold throughout the eastern area of the park, as well as along its western edge towards the seafront and the sailing center.

The city and the park are involved in an interdependent relation:  The congested urban landscape rediscovers in the park its necessary breathing and leisure space, while the substantial green areas of the proposal are brought to life and animated by the buildings and the people of the city that surround and use them.  This relation is readily reflected in the design and geometry of the proposed developments and the limits of the park:

The urban developments take their defining street grids largely from their adjoining and respective existing fabric, and thus extend the urban landscape into the park.  Forming distinct neighborhoods with varying urban character and densities, the urban developments interlock with areas of the park and thus leave wedges of greenery which penetrate back into the city itself.