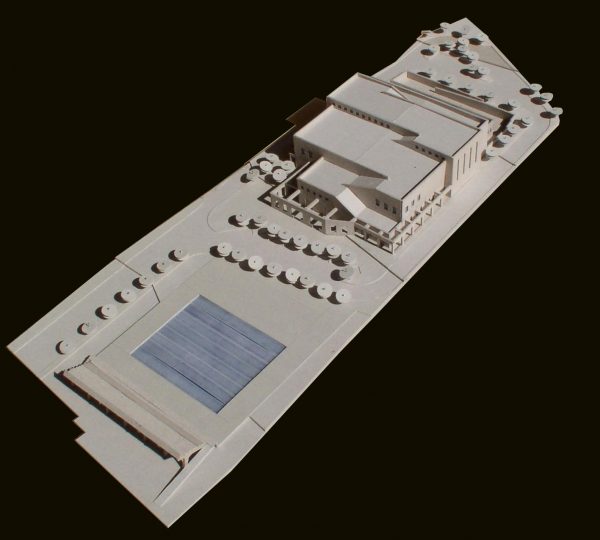 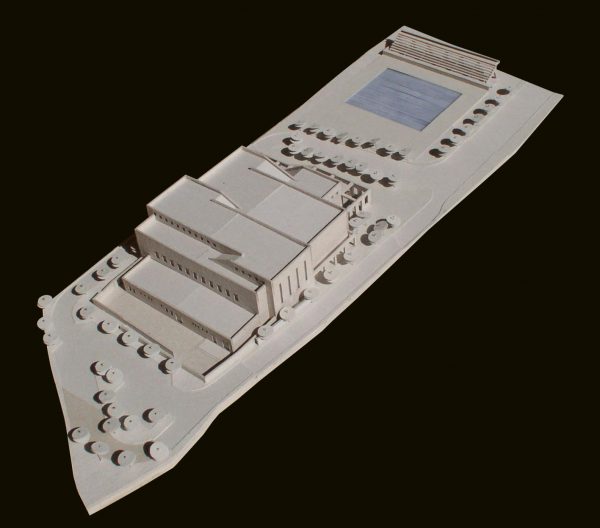 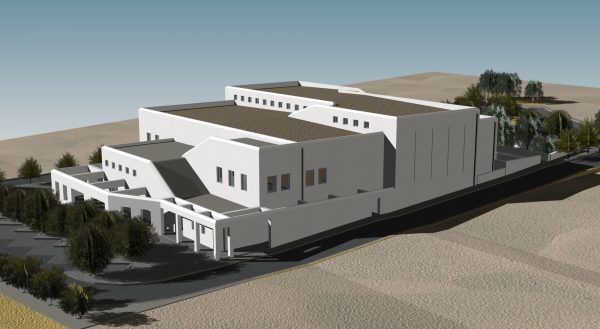 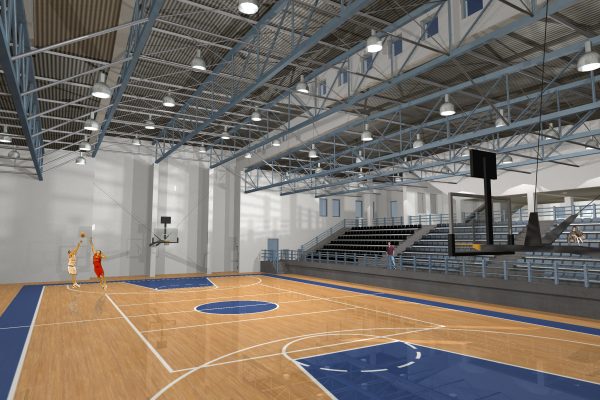 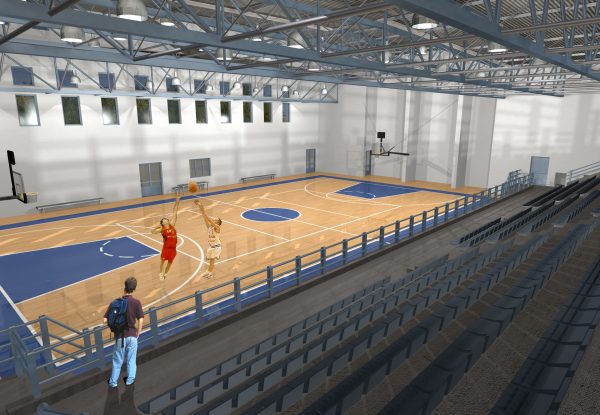 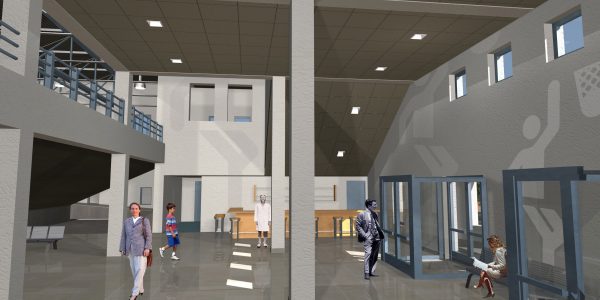 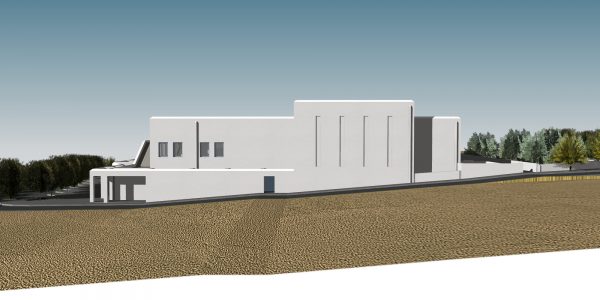 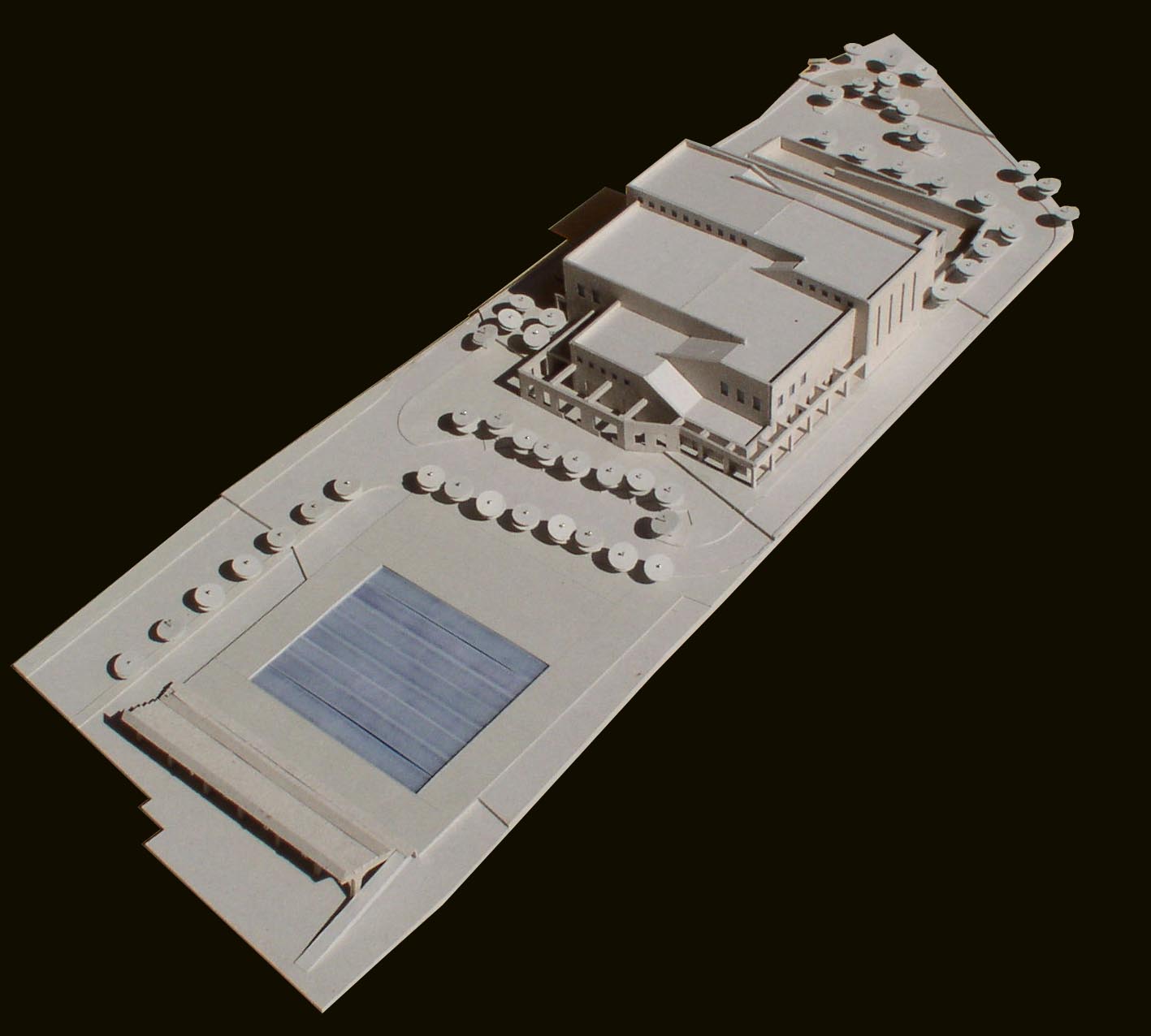 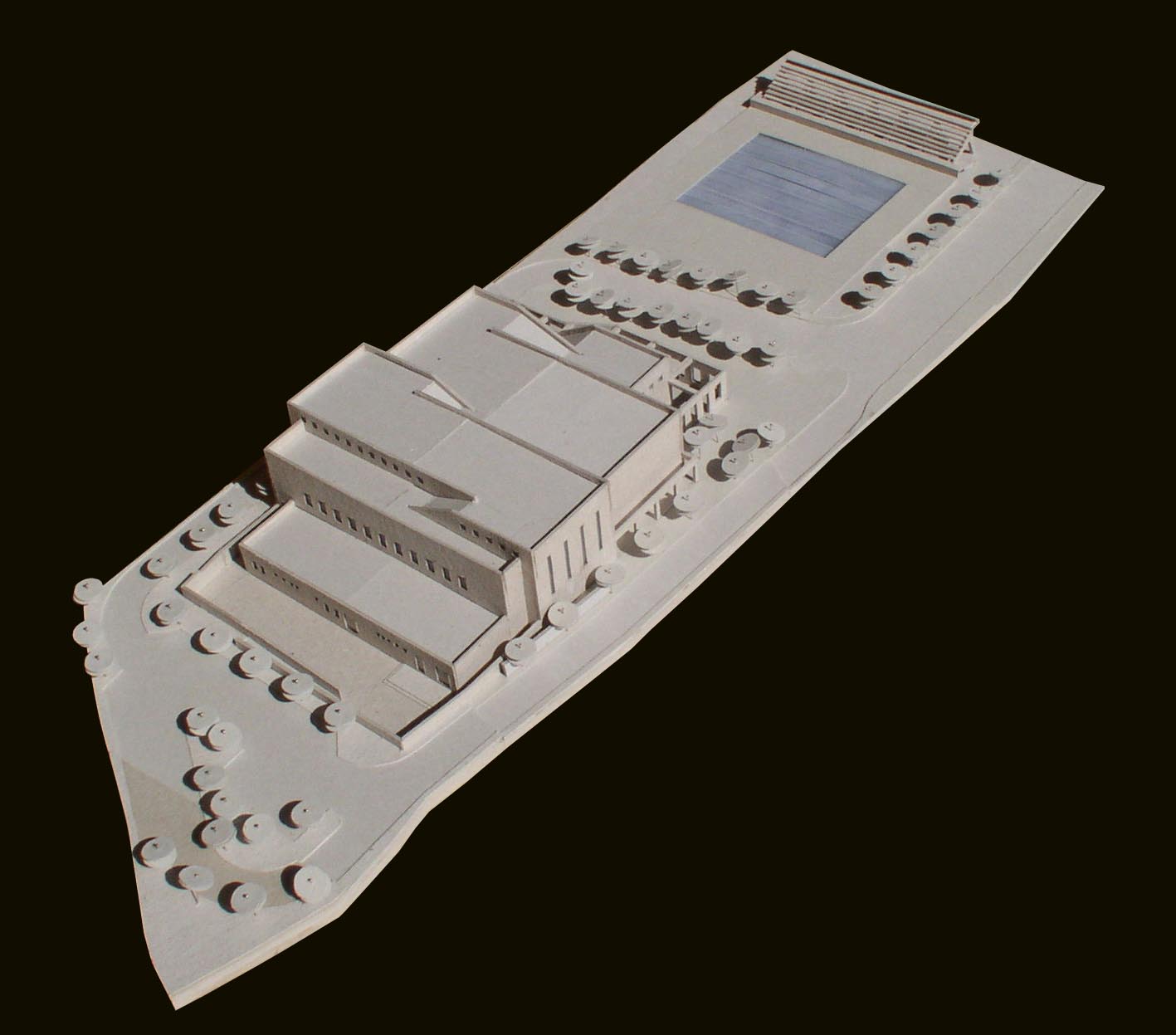 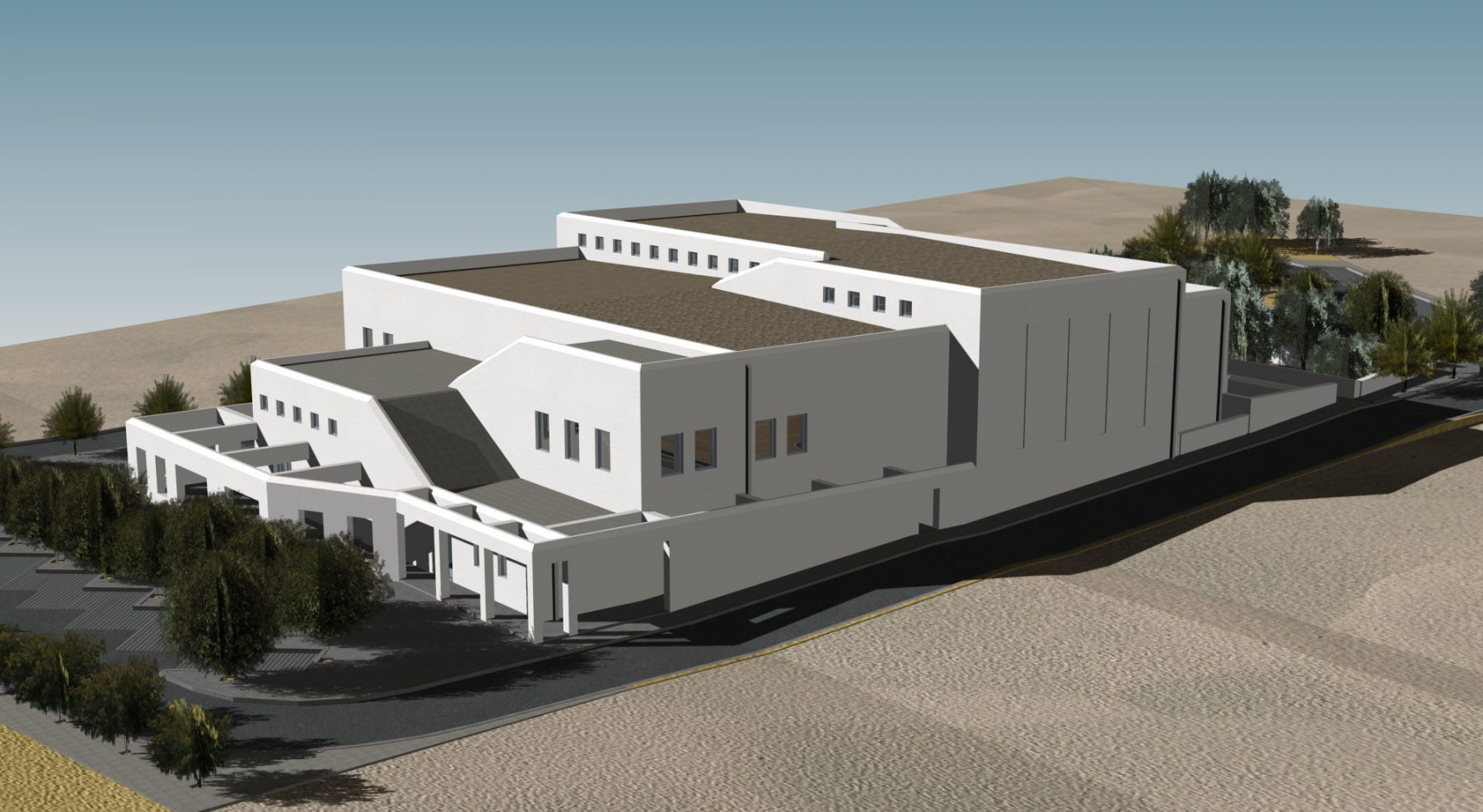 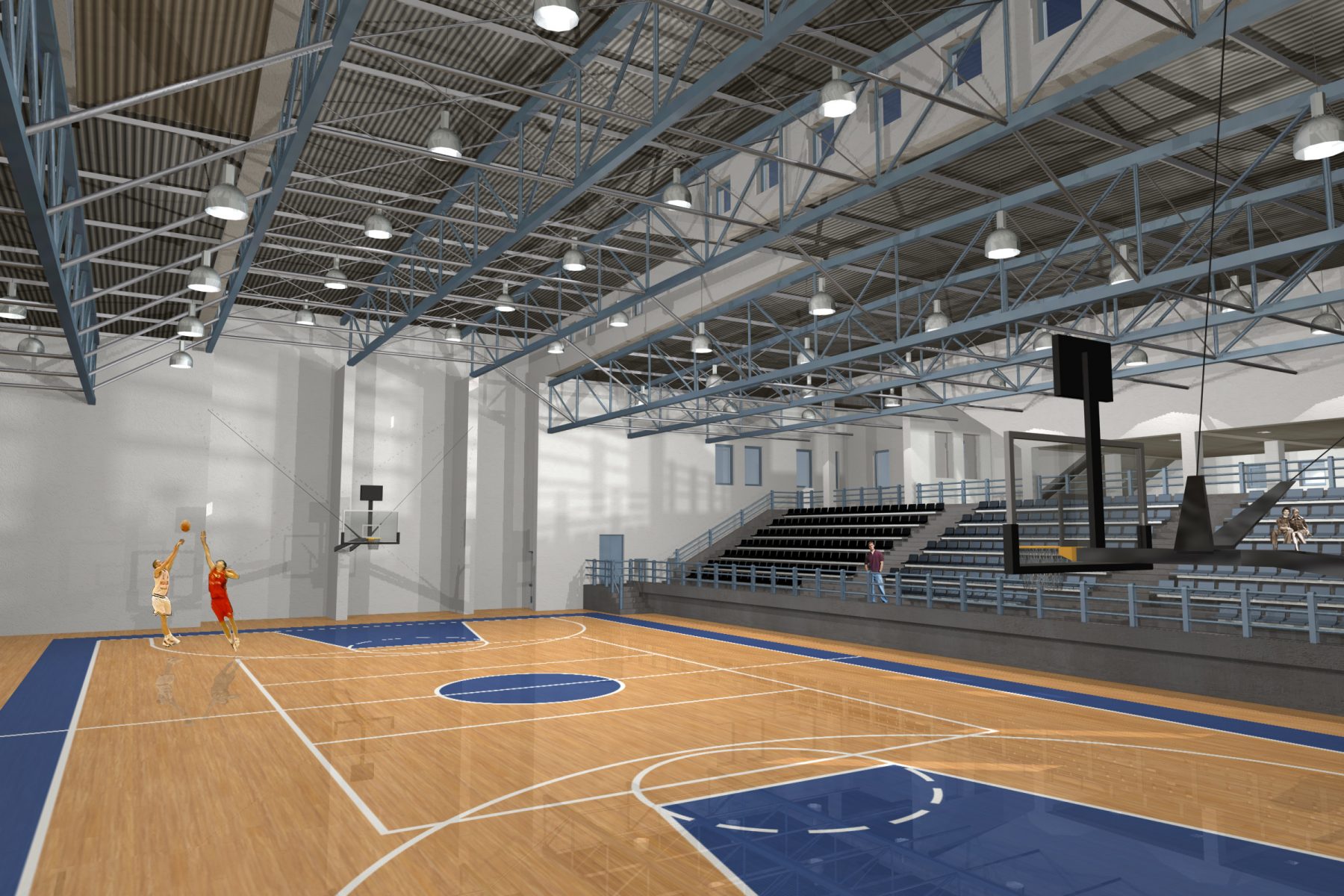 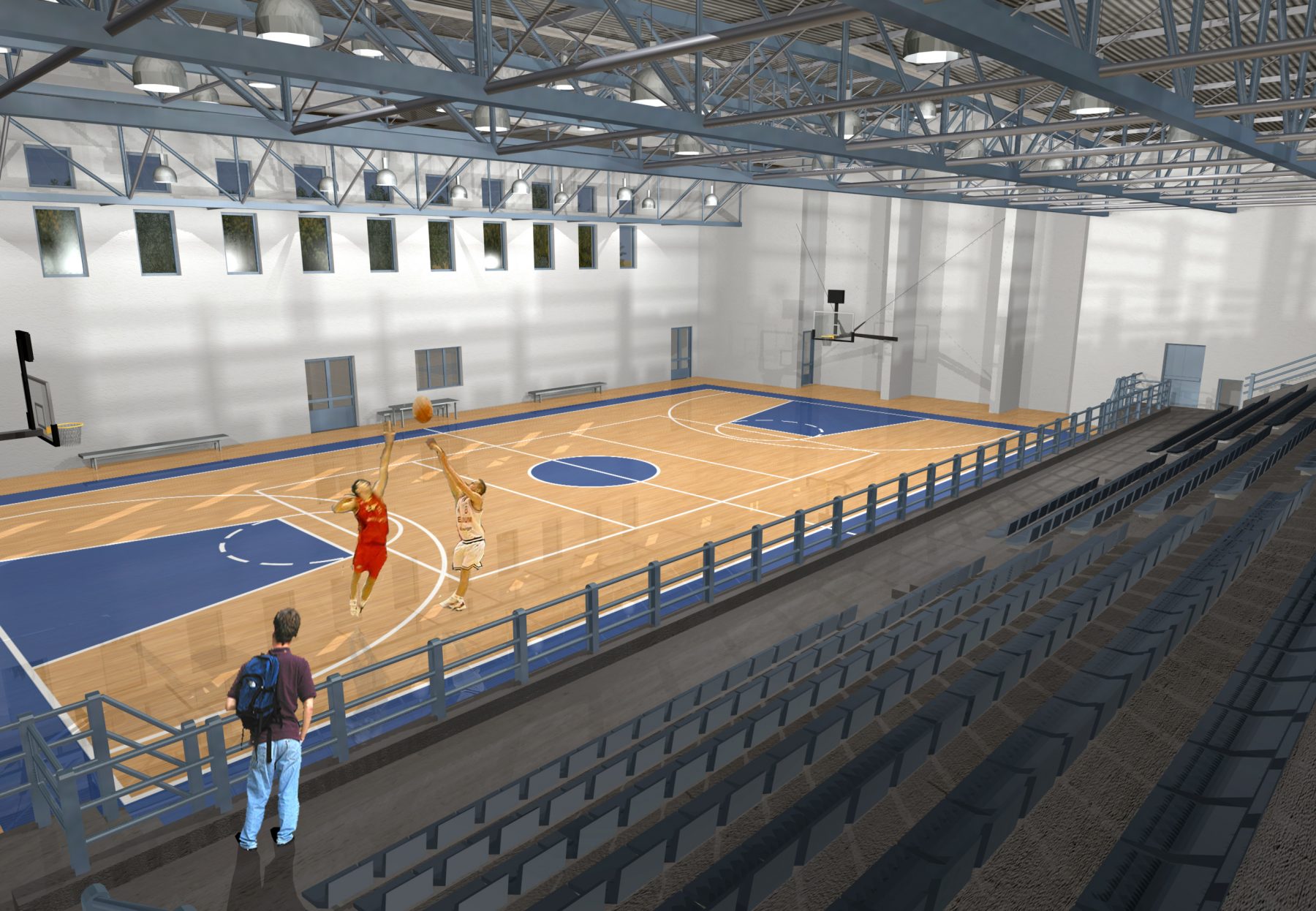 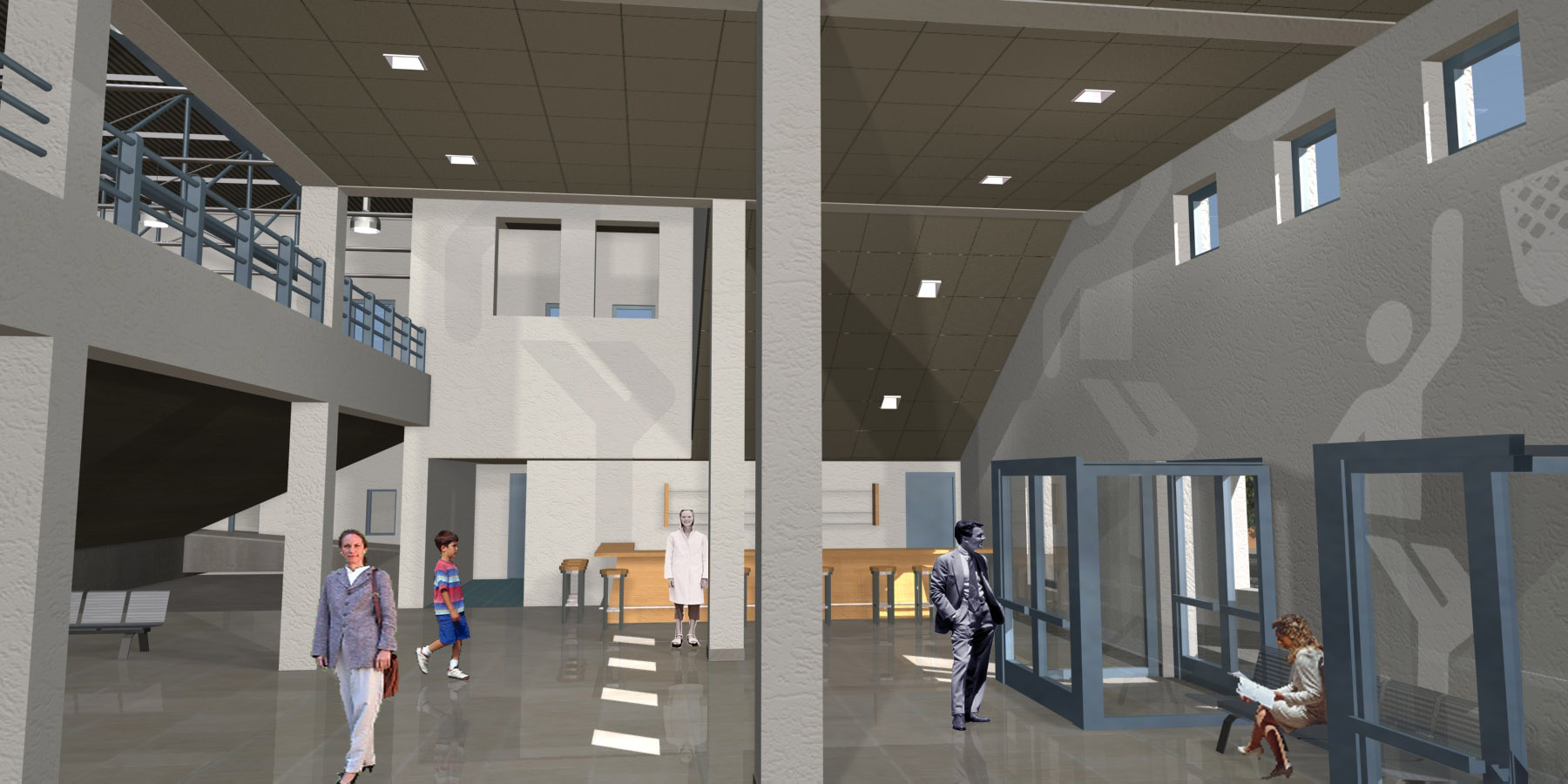 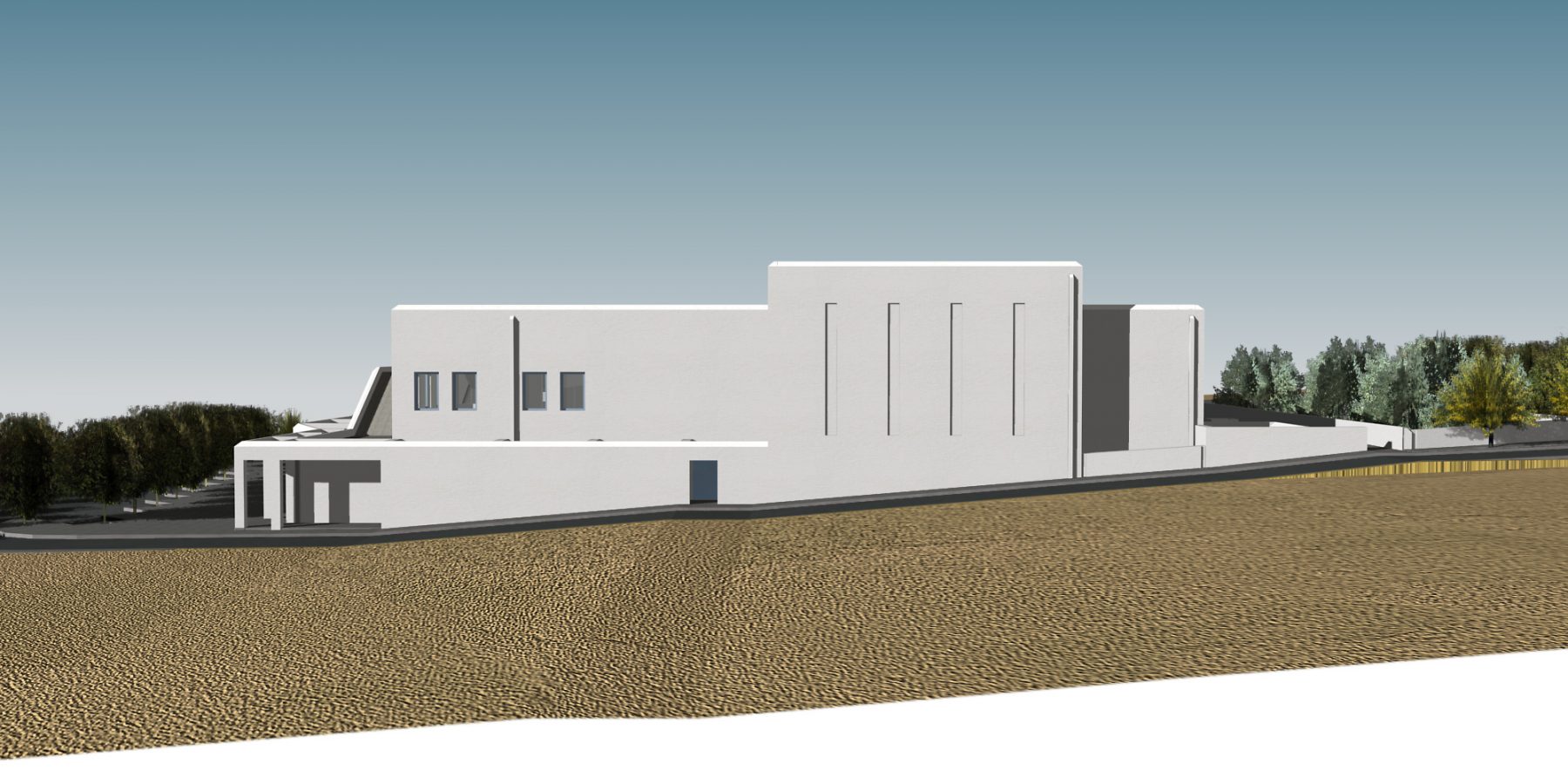 The plot is located in Parikia of the Municipality of Paros. It has an area of ​​12,104.00 m2 and orientation on the long southwest side overlooking Parikia.
At the entrance of the building, a large foyer is created, including a canteen, auxiliary spaces, toilets, disabled toilets and warehouses.
A large courtyard shed is created in front of the entrance area.
From the reception area start two ramps that end at the level of the stands. The stands that can be created can serve 350 people. The stands end in a space that functions as a loft in the central area of ​​the foyer.
ARCHITECTURAL DESCRIPTION
Using the elements of the Cycladic architecture of similar buildings, such as monasteries, we designed a building with a multifaceted volume that adapts to the Cycladic landscape.
The large volume of the Gym is broken down into smaller volumes and with levels at different heights that are joined together by sloping levels resembling similar buildings of large volumes. The correspondence of the sloping levels corresponds to the scales either in the traditional settlements or in farmhouses.
The volumes go up in steps to the central part of the building which concerns the basic volume of the Gym, the basketball court. The foyer areas as well as the auxiliaries are housed lower, reducing the overall volume of the building to what is necessary. These volumes are plastered while the higher volumes are lined with white metal sheets in order to be combined with the plaster.
The floor plan also preserves the basic idea of ​​multidimensional volumes, creating small movements of the walls. in this way we do not have a single face.
The design of the openings is combined with the architectural character of the building. The element of repetition and standardization of openings dominates the design following traditional patterns.