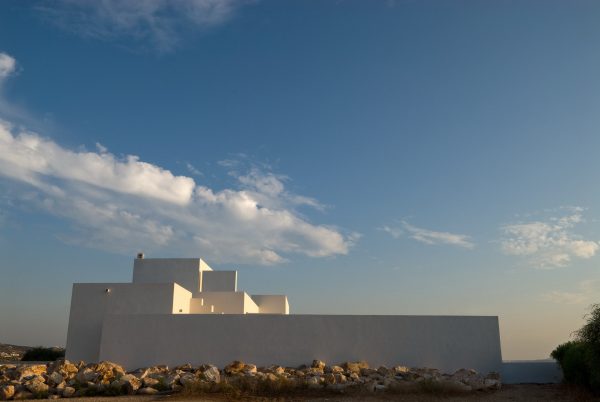 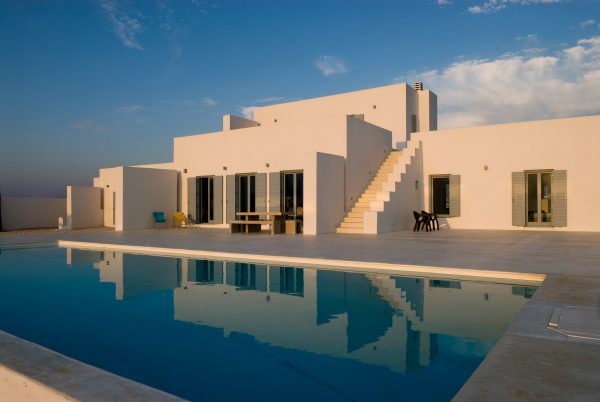 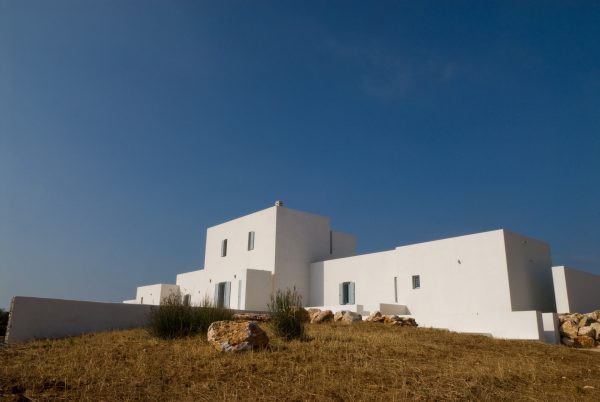 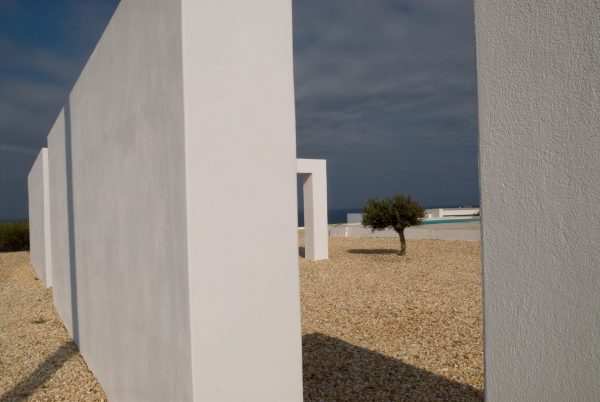 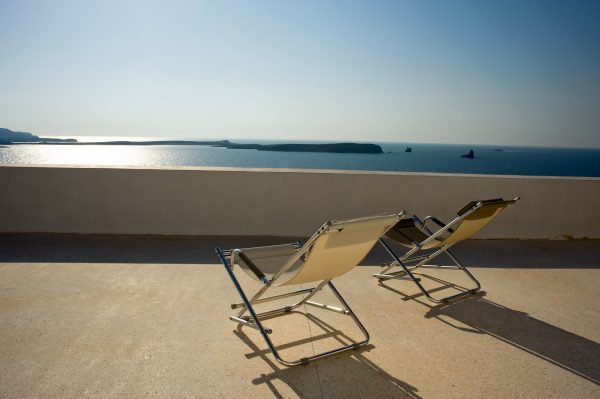 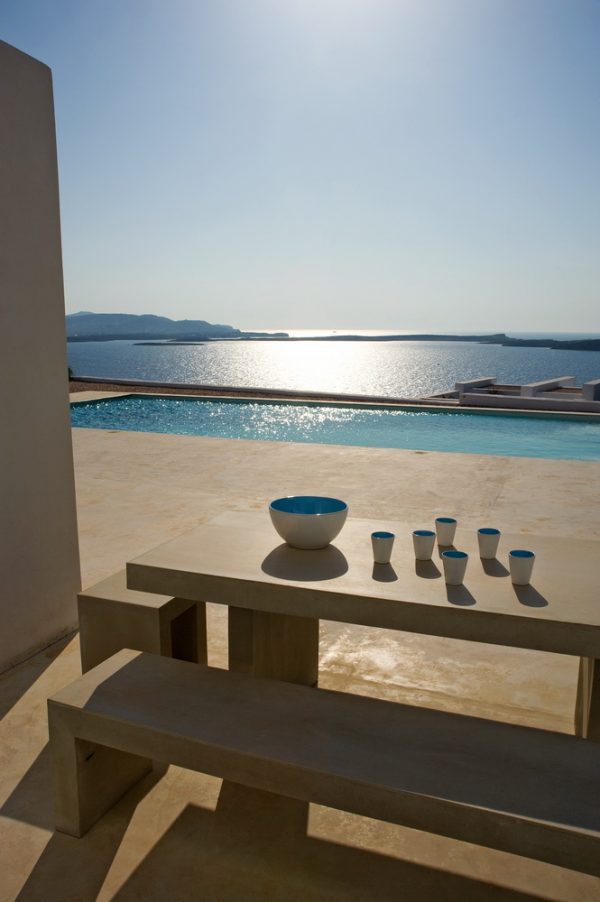 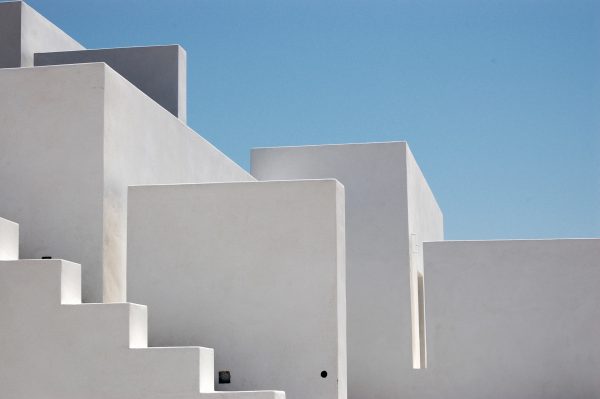 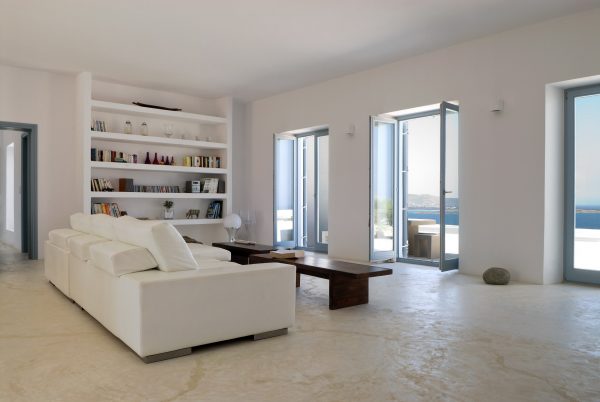 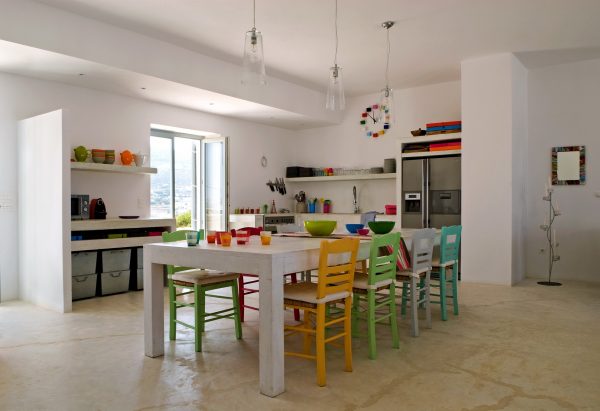 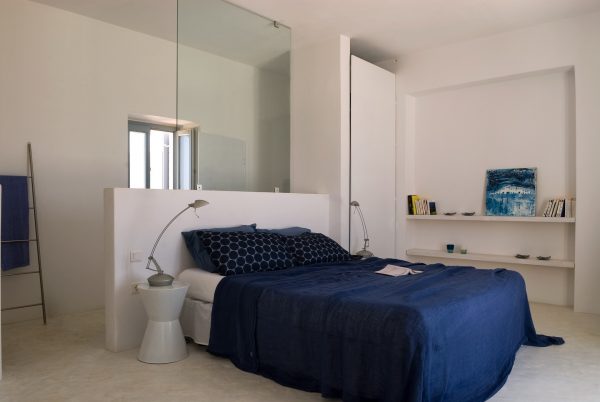 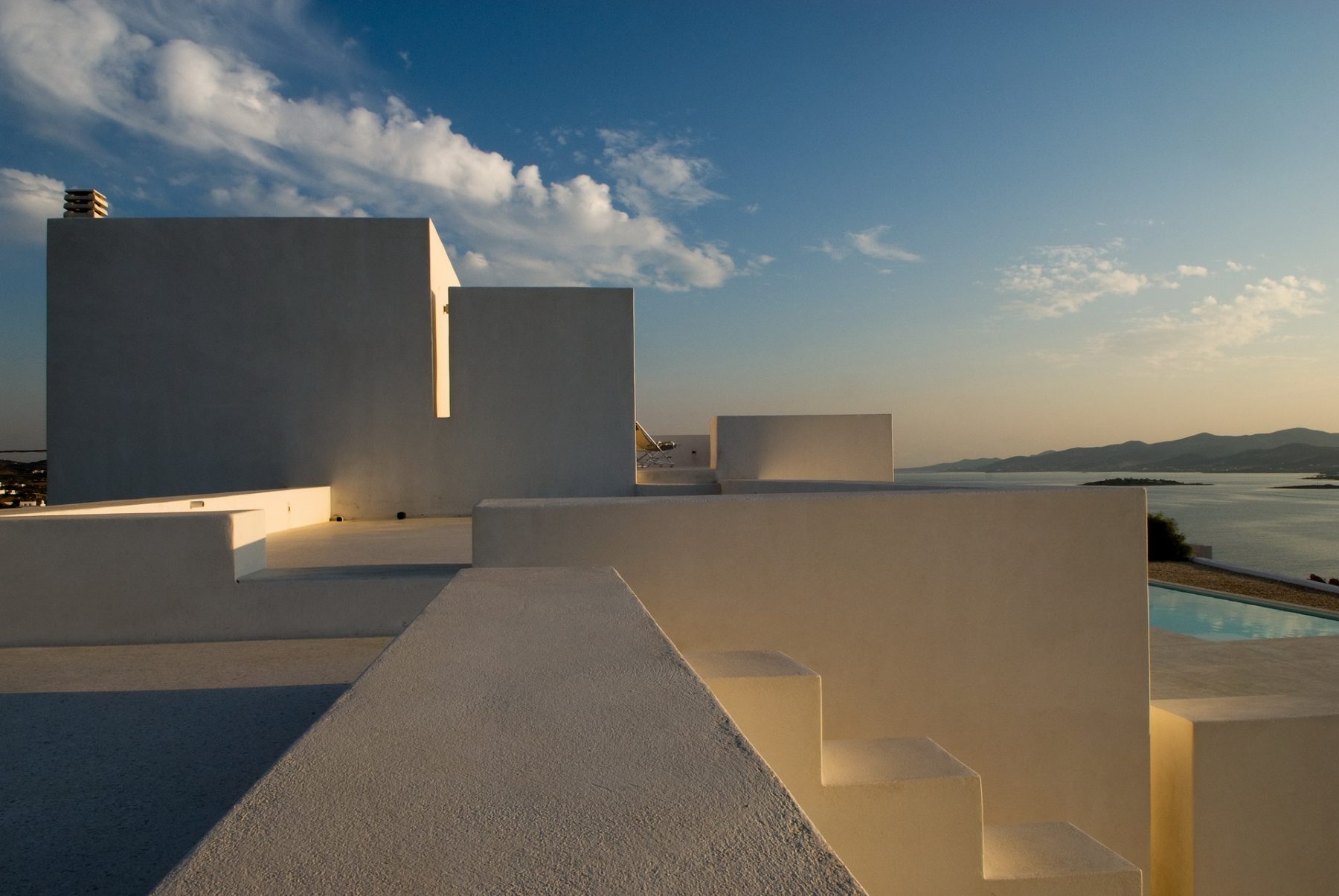 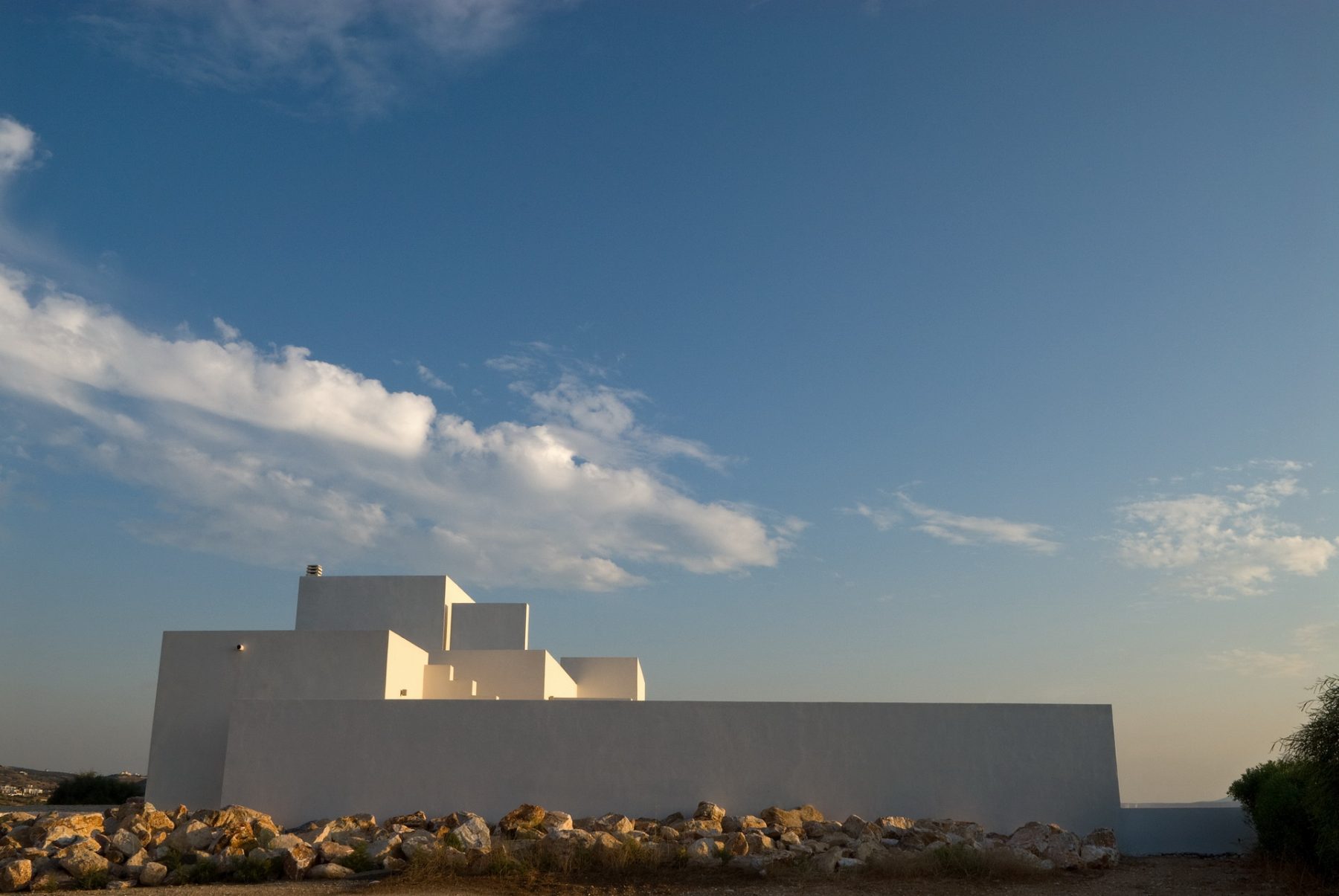 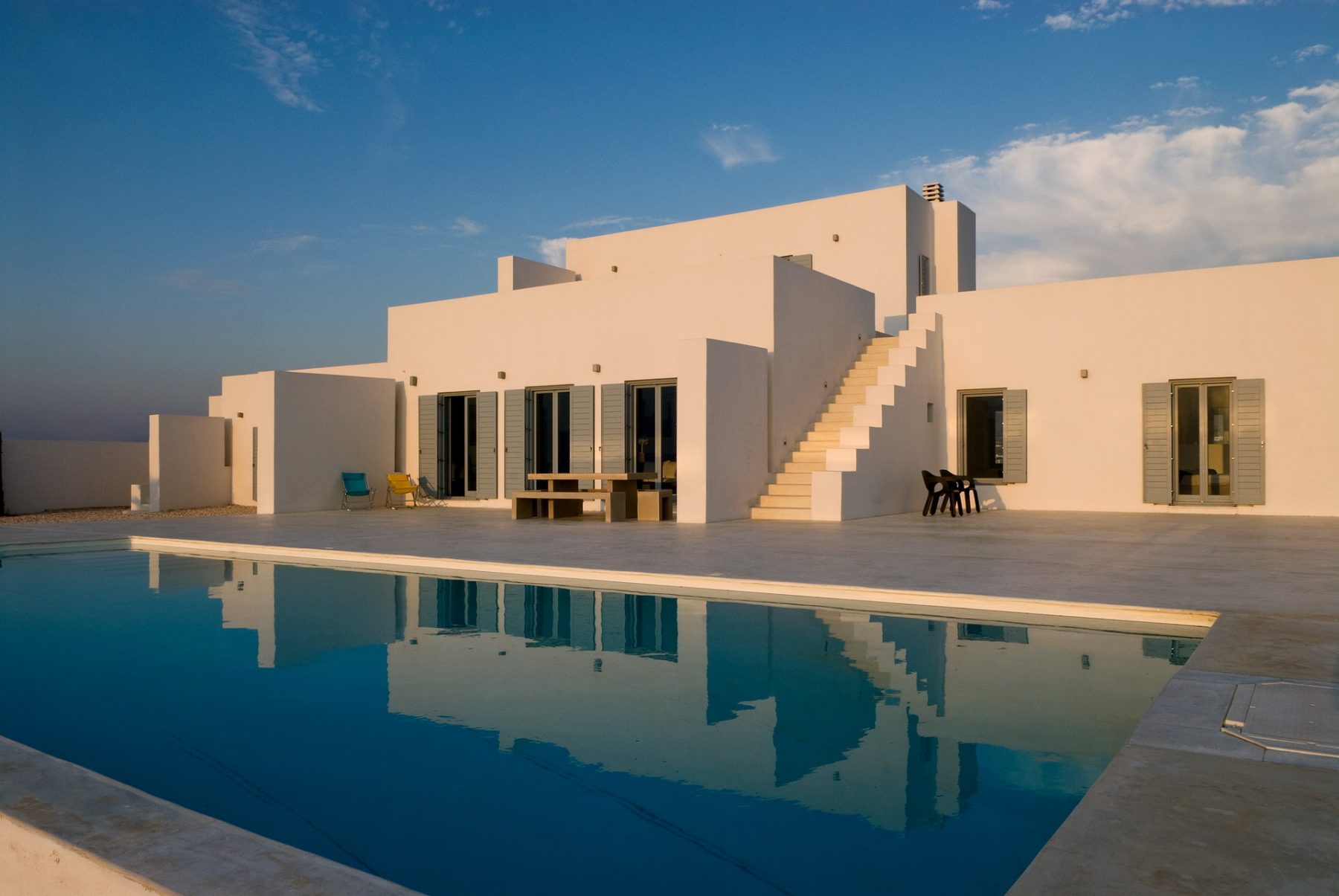 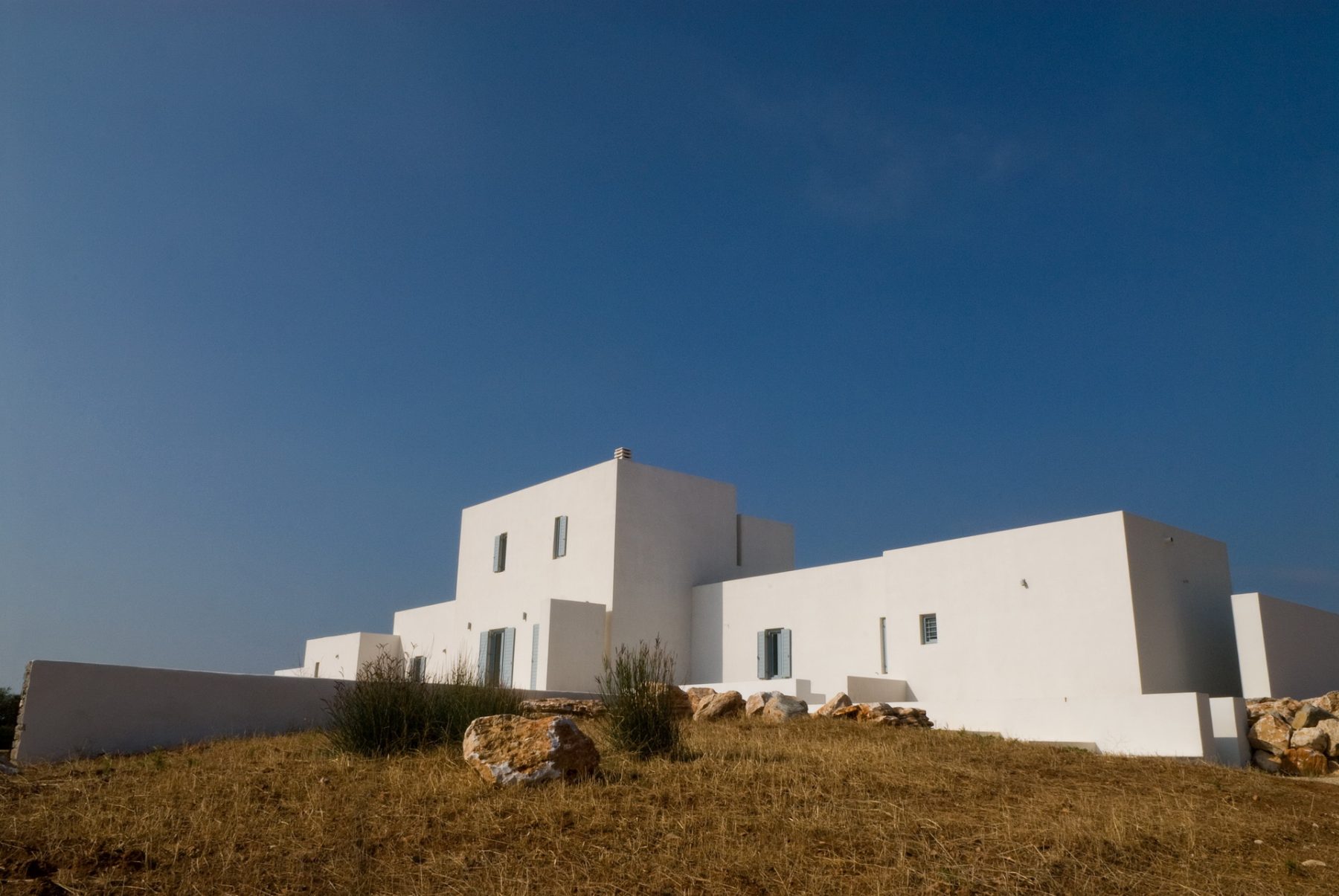 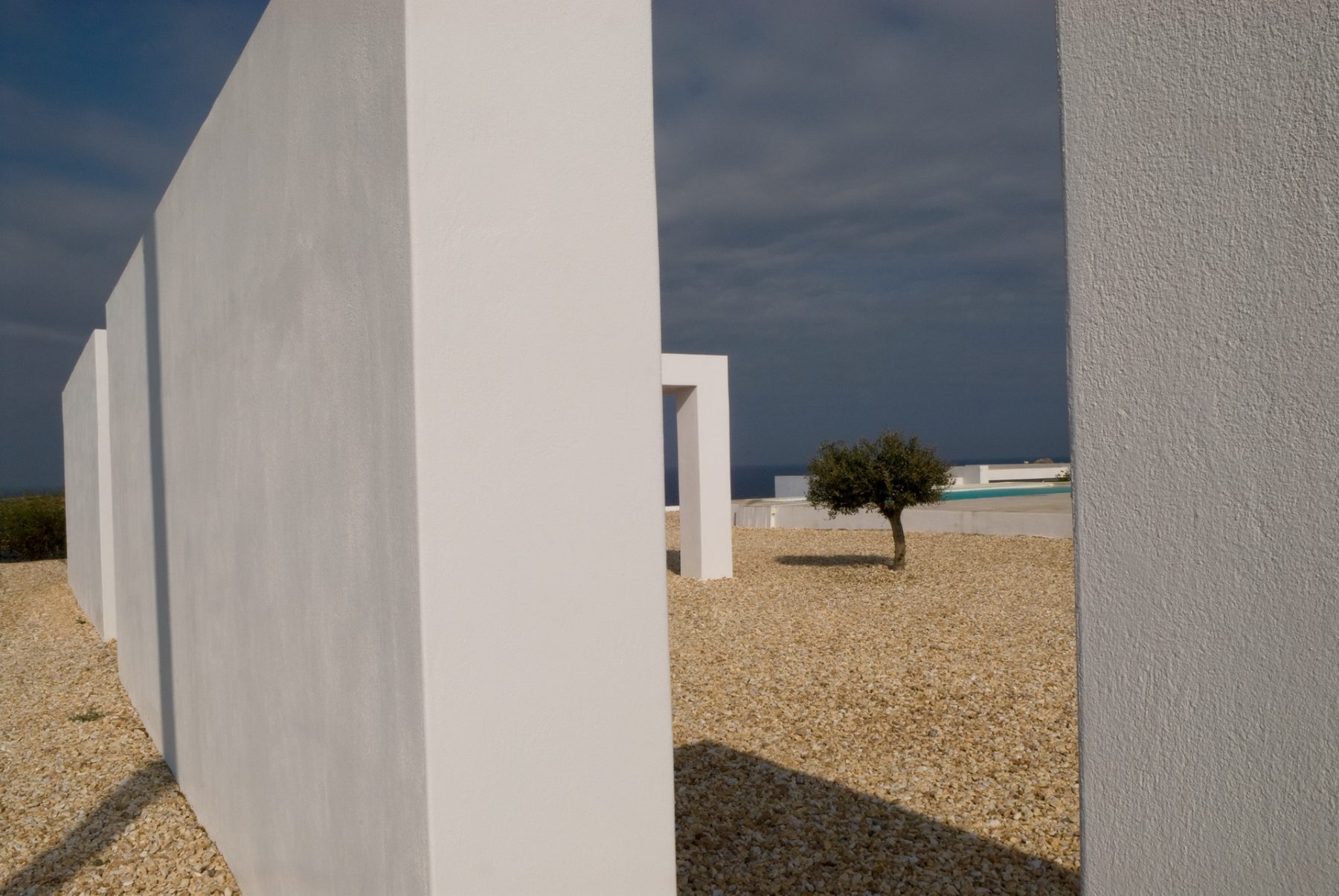 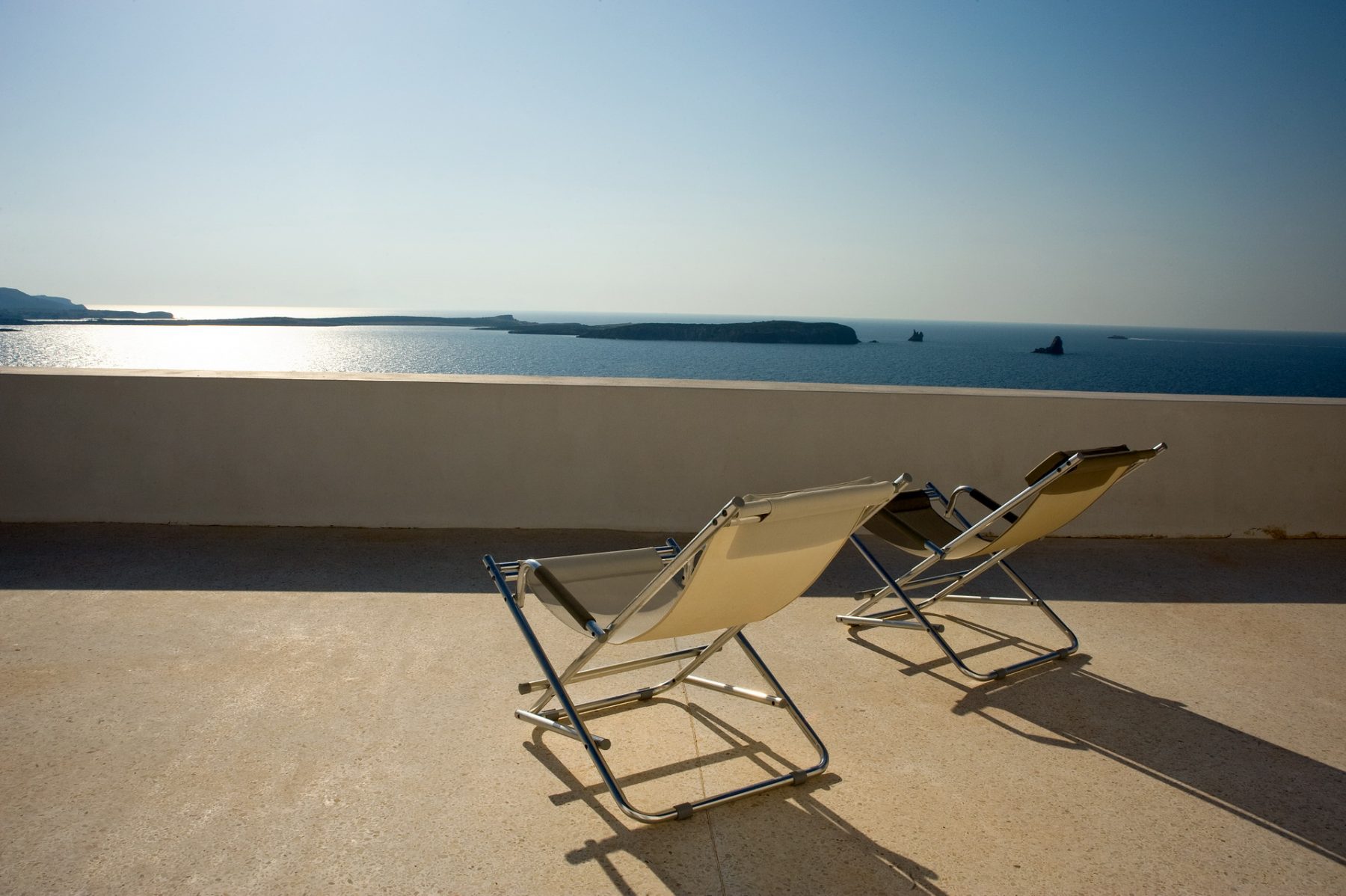 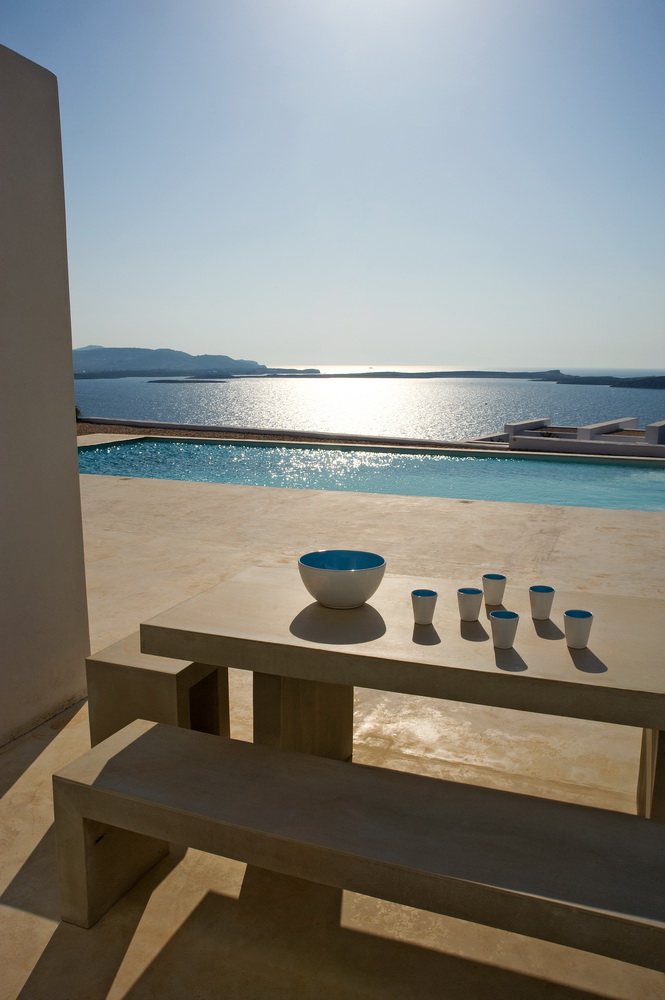 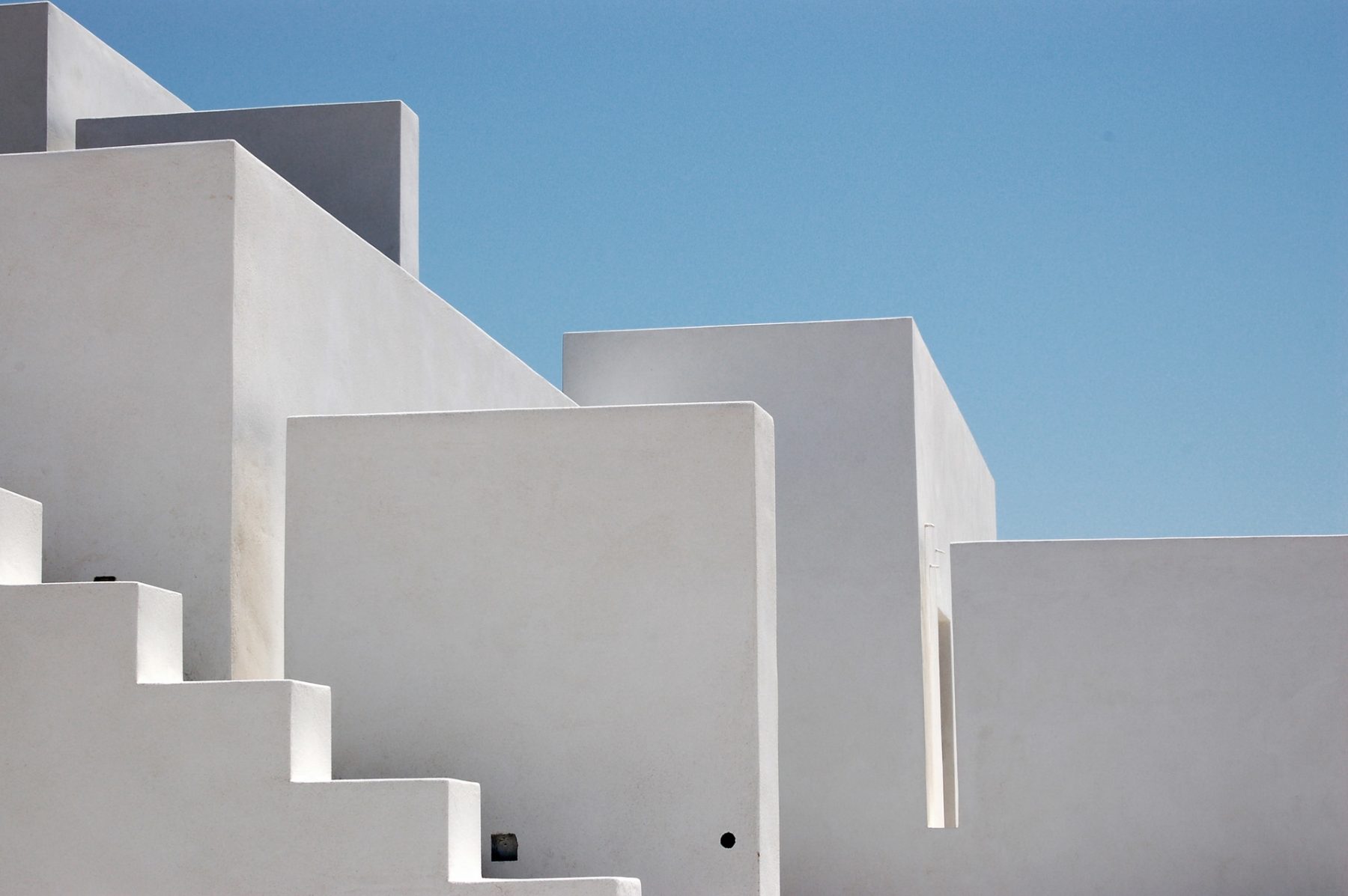 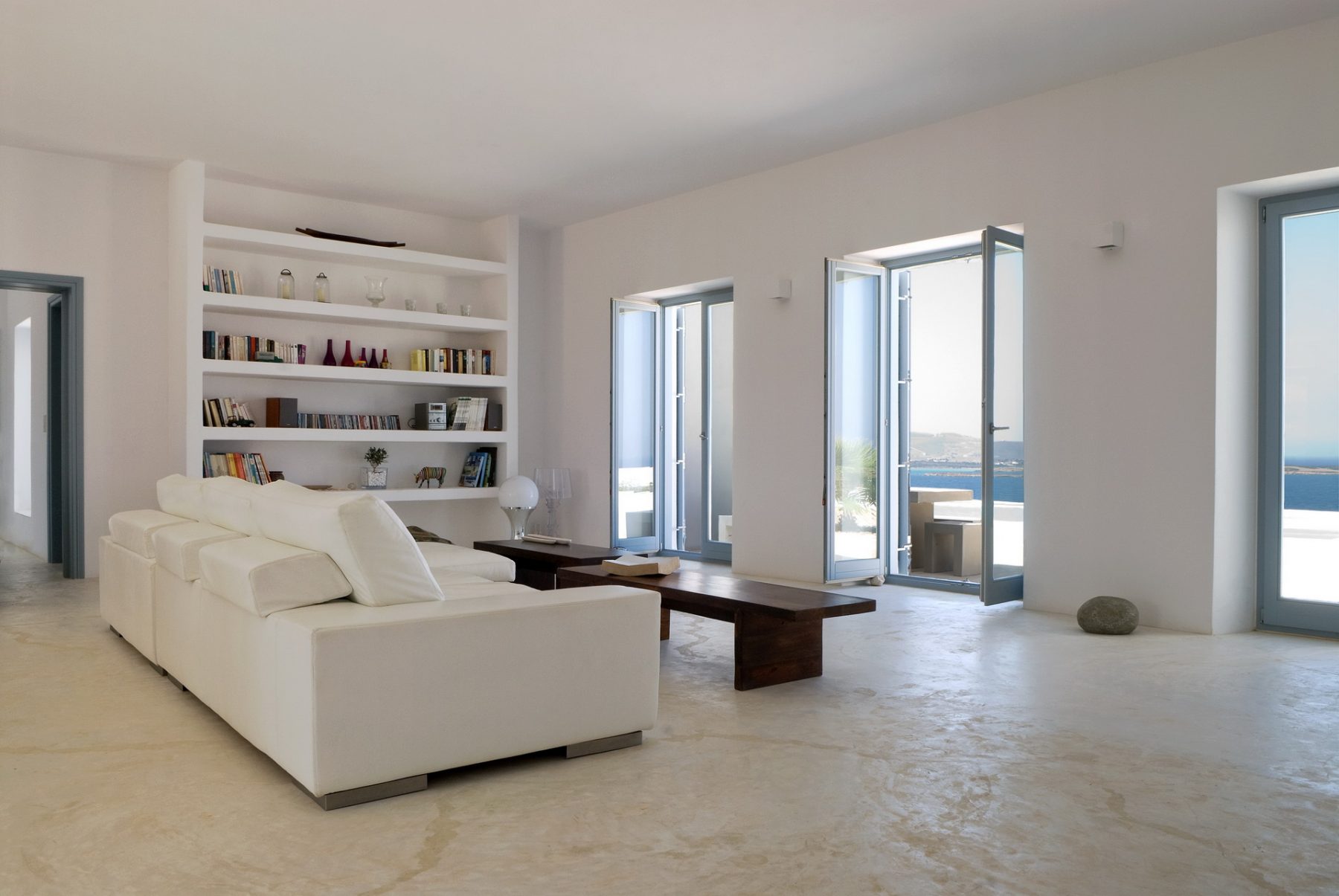 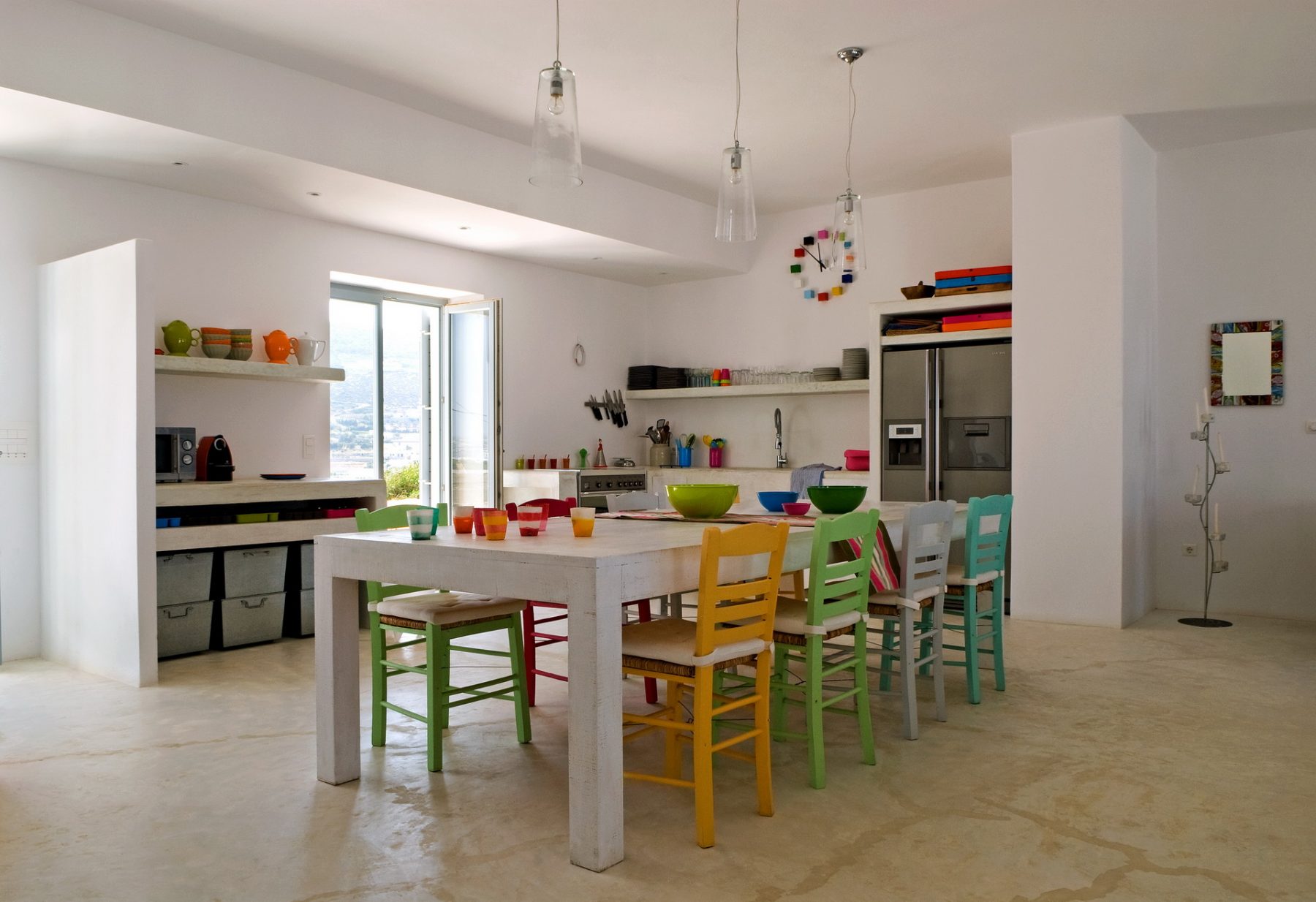 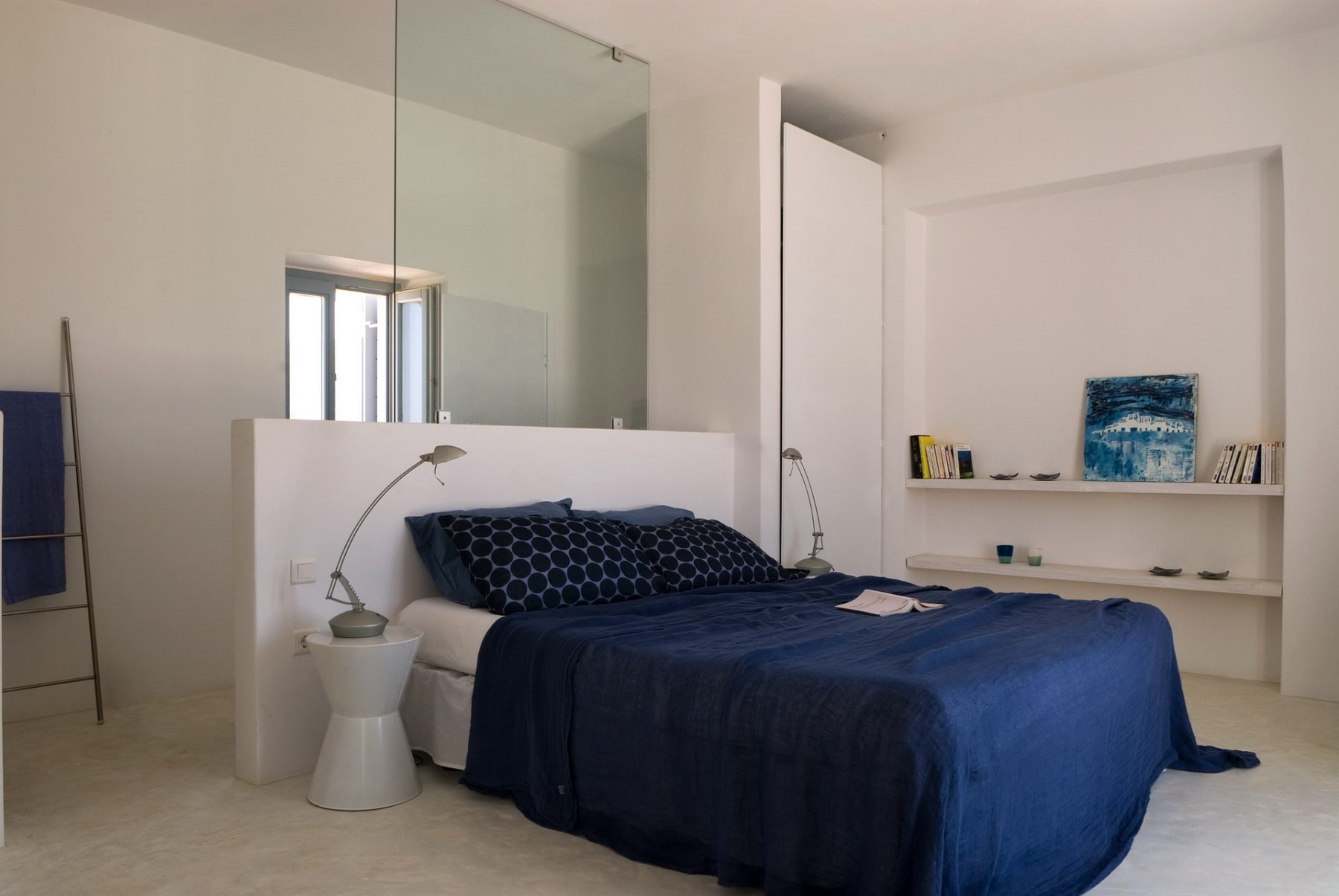 A modern residence in Paros with simple cubistic volumes in a composition that respects the scale that characterizes the architecture of Aegean is designed by the office React Architects – in collaboration with architectural office GEM .The idea was to link the building with the rocky landscape and to create a house that doesn’t stand as a single volume rather as a combination of cubistic volumes . Thus, the house is presented much smaller than its size and simultaneously maintains the scale of traditional architecture. From the entry that is found in the Eastern side, a line of wide steps lead into the residence. Long white walls extend from the house framing the view and creating outside spaces of dwelling.  The house is designed in order that the dynamic form of walls undermines the presence of single built-up volume, and creates the impression of a viewing platform that is turned to the western light and the view of Antiparos.

These walls are element of design and composition, frame the view spectacularly and at the same time create a shield of protection from the north prevailing winds. The house is transformed in a big open space where the inside and the outside are unified with the landscape in order to create exterior spaces in direct contact with the environment.

The house develops in two levels. The white cubic volumes in different heights are placed between the walls, determining uses. In the ground floor  the livingroom, the Kitchen and the dining room in the same single space while, the bedrooms with their bathroom are placed on the sides of house. An internal stairs leads to the floor where the bedroom of householders is placed with an open bathroom.

The house has references in the archetypal models of dwelling with a modern certain output.  In the interior the lack of bisector walls and the complete absence of elements such as curtains that would hide the light create a disposal of absolute freedom. Built by simple materials, plaster in white colour, floorings and bathrooms by poured material, the house is distinguished by austerity and a simplicity in lines.   The water and his light blue sense are present with the swimming-pool, around  which exterior spaces unfolds and views to the west and the sea, that are strengthened by the enclosed form of walls.  A space that submits its own pace,  dictated by the light and air depending on the day and the season.